Cabinet formation stalls in the shadow of the presidential election 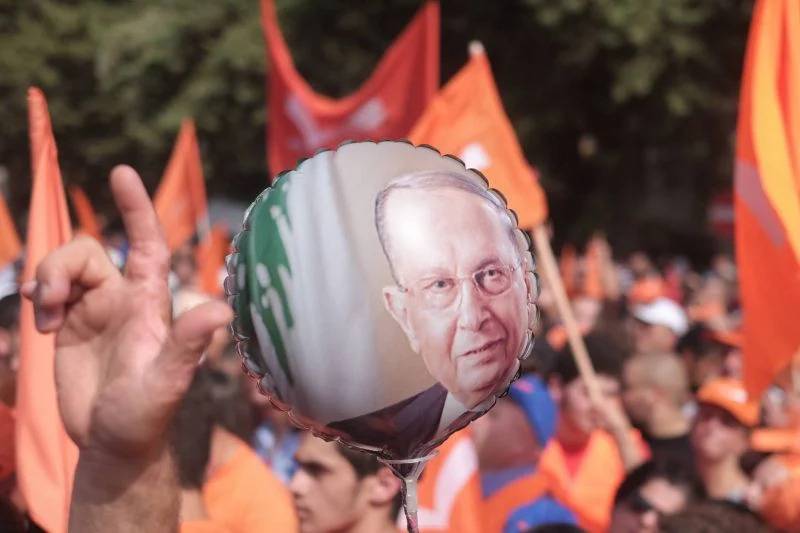 Until Saturday night, two days before the end of Michel Aoun’s presidential term, several political stakeholders were convinced that a new cabinet could see the day of light at the last minute.

But amid the impasse in electing a new president given that no political party in Parliament holds a majority, and in the absence of an international agreement on the name of a presidential candidate, a new fully functional cabinet appears to be the only potential source of political stability.

In the same vein, these political stakeholders were counting on caretaker Prime Minister Najib Mikati, known for his conciliatory approaches, to achieve this mission.

This is not to mention the fact that the conflicting points in forming a cabinet were not impossible to resolve, such as the choice of the new ministers to be appointed or whether or not the “Strong Lebanon” bloc would give its confidence vote to the government in Parliament.

Moawad: 'I will not withdraw and will fight until the end'

Until late Saturday night, mediators continued to lead their efforts until they hit a wall. In fact, the two opposing camps, that of the president and the prime minister, were each digging in their heels, unwilling to make more concessions.

The presidential camp argued that it had already relinquished its demand to have six additional ministers in the new cabinet and agreed to have three Christian ministers replaced instead of six.

This is why in a recent statement the presidency accused Mikati of not wanting to form a new government.

Meanwhile, Mikati’s camp accused the Aounists of putting a spike in the wheel of the cabinet formation, because they are seeking to have a government on their own terms or no government at all.

These accusations were rejected by the presidential camp claiming that Mikati finally caved in to Parliament Speaker Nabih Berri’s pressure. Aounists argue that Berri does not want a government in which the presidential camp would have the considerable political weight to take the reins of the executive after Aoun’s departure. Berri ostensibly does not want to make such a gift to an expiring mandate.

Bassil calls to find 'a consensus president,' re-emphasizes he is not a presidential candidate

In reality, behind all these conditions and counter-conditions, there is a battle for political control between the two sides.

Mikati and Berri do not see the need to maintain the presidential camp’s political weight in the government after Aoun’s departure.

Meanwhile, the Aounists have the feeling that they are being eliminated from the political scene at the end of the presidential term.

All the efforts of Hezbollah and the head of General Security, Gen. Abbas Ibrahim, failed to dispel this climate of mutual distrust, and it has become clear that Lebanon will not have a new government during the presidential vacancy.

According to circles close to Mikati, the caretaker prime minister reluctantly gave up the idea of forming a new government, which should be a reason to speed up the process of electing a new president.

From Mikati’s point of view, and probably that of his ally, Berri, a new president should be elected as soon as possible to cut off the presidential path from other new candidates, in particular the leader of the Free Patriotic Movement, Gebran Bassil.

For several days, rumors have been circulating about the possibility of Bassil presenting himself as a candidate — a claim that the FPM leader denied during a televised interview on Tuesday, stressing that he supports the idea of finding “a consensus president,” and that he was not a presidential candidate himself.

This rumor was in fact sparked by Aoun’s recent interview with Reuters, in which he hinted that the US sanctions on Bassil would be automatically canceled should the latter become president.

Moreover, since the signing of the maritime border agreement with Israel, and Bassil’s alleged role in the matter, political stakeholders hostile to the FPM sense that Bassil’s attitude vis-à-vis the presidential candidacy has changed.

What seemed improbable a while ago, now seems possible.

Sources close to FPM did not seem to want to clear up the confusion on this issue, merely stating that the party has a presidential candidate whose identity would be revealed in due course.

This was all it took for the parties hostile to the FPM and its leader to mobilize to try to block Bassil’s candidacy to the presidency.

One of the ways to achieve this would be not to form a government on the Aounists’ terms in a bid not to give Bassil advantages in the presidential race. This suggests also tightening the noose around his neck and preventing him from campaigning with local or international forces.

According to this interpretation of the facts, Bassil would indeed need some time to improve his relations with the various internal and external parties.

In the same vein, this means that a new president should be elected as soon as possible. This is an analysis of a version of events that has not been confirmed yet, but it is making the rounds in political corridors.

Until Saturday night, two days before the end of Michel Aoun’s presidential term, several political stakeholders were convinced that a new cabinet could see the day of light at the last minute.Many argued that the post-maritime border agreement period requires security stability that’s imperative to implement the deal, which in turn necessitates certain political stability.But amid the...