Another migrant boat from Lebanon rescued in the Mediterranean. 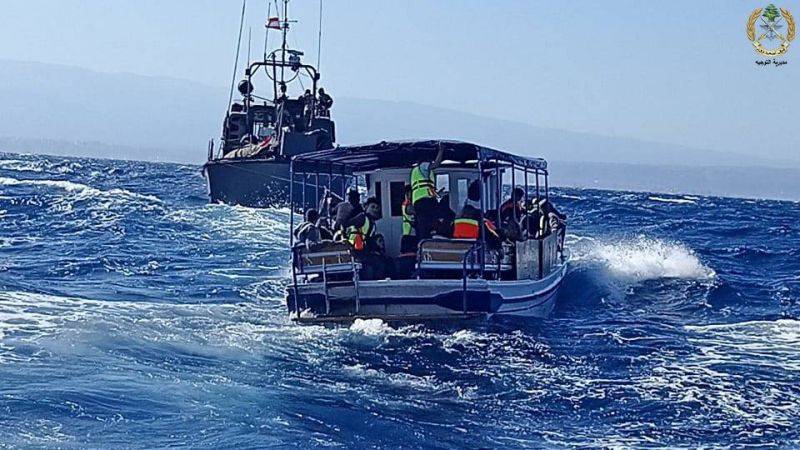 The Lebanese Army thwarts a migrant boat with 55 people on board that set out from Arida, in Akkar, North Lebanon, on Sept. 21, 2022. (Credit: Lebanese Army Twitter)

At least 34 migrants believed to have left Lebanon were found dead on Thursday off the northwestern Syrian port city of Tartous, while 14 others were rescued, according to Syrian authorities. The incident comes shortly after another migrant boat left last week from Lebanon and was rescued in the Mediterranean.

Earlier today, the director general of Syrian ports, Samer Kobrosli said in a statement issued by the Ministry of Transport that "eight survivors were transported to al-Bassel hospital in Tartous". 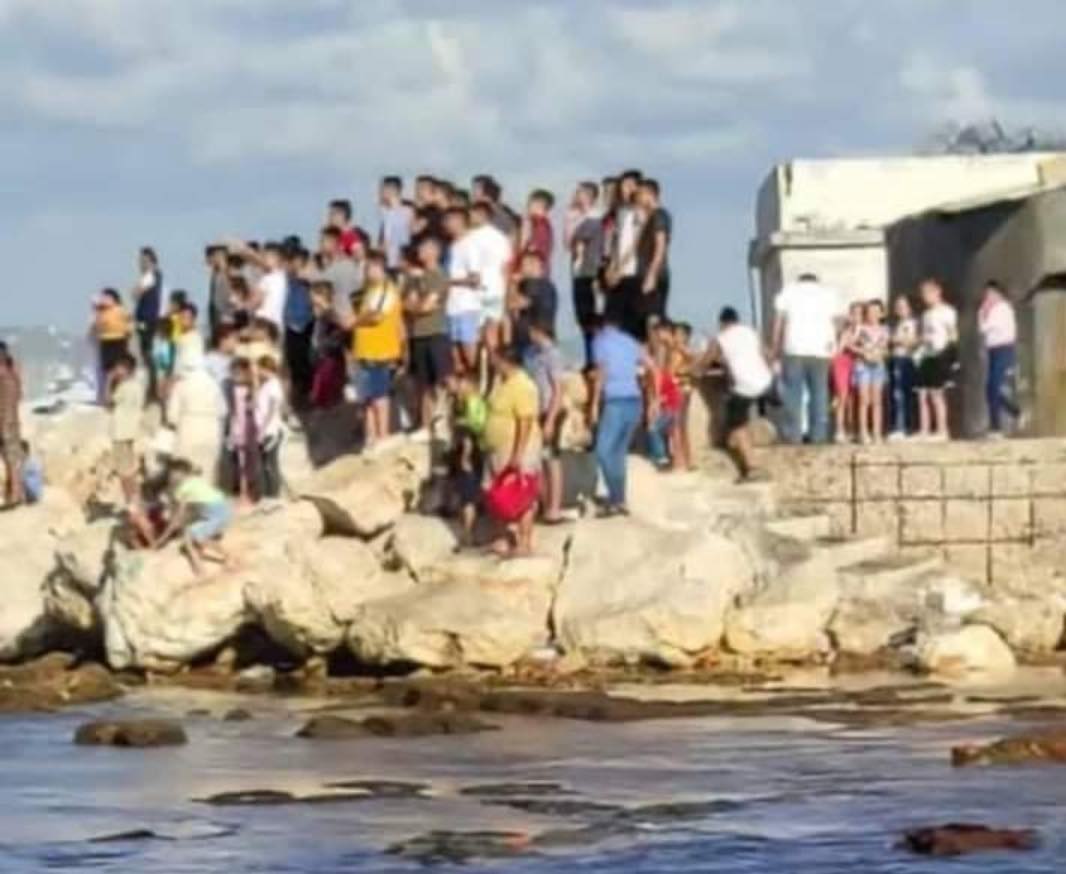 According to L'Orient Today's correspondent, the boat, on which a Lebanese flag is flying, is believed to have set sail from the village of Minieh (North Lebanon). Rescue teams and fishermen are continuing the search operations.

Earlier in the day, a relative of migrants in another boat who had left northern Lebanon told L'Orient Today that they were rescued by the Greek coast guard and then transported to Izmir, Turkey, after their boat broke down near Crete.

The boat carrying 55 people had left Lebanon last week, and relatives had lost contact with the passengers on Monday. They could not reach them until early Thursday afternoon. The rescue operation took place on Tuesday.

“The Turkish authorities investigated them, and they were unable to contact us before now. They will likely be deported back to Lebanon soon,” Rawaa Jawha, a relative of several migrants who were on the boat, told L’Orient Today Thursday.

Some of the passengers' family members and other protesters had blocked the main road in Tripoli's Bab al-Tabbaneh neighborhood on Thursday morning to demand the Lebanese state take action, before they were found.

They also protested poor living conditions, as well as the electricity and water cuts that have plagued the city's neighborhoods for more than 20 days.

The Lebanese Army unsuccessfully tried to persuade protesters to reopen the roads, according to L'Orient Today's correspondent in the region.

Alarm Phone, an independent initiative that supports people crossing the Mediterranean Sea, tweeted Tuesday that they had been alerted to a boat with 53 people aboard — including five children — that was in distress off the island of Crete, was pushed back to Turkey by the Greek authorities. They accused Greece of "[committing] crimes at sea in violation of international law" with their pushback policy.

Alarm Phone added another tweet Thursday regarding another migrant boat, stating that “yesterday relatives informed us about a boat that left Lebanon on September 19 and was in distress in the Ionian Sea. It is reported that they ran out of water and food. We were only able to reach the people once with [a] poor connection.”

Alarm Phone noted that they had informed authorities in Greece, Italy and Malta Wednesday night. The National Coast Guard of Greece had said the incident was known to them and “the people were safe on a nearby cargo vessel.” They refused to give further information, however, and the whereabouts of the boats are still unknown.

According to L’Orient Today’s correspondent, the Lebanese Army carried out a raid in the town of Benin in Akkar and arrested two suspects for their alleged involvement in facilitating illegal smuggling across the sea.

In recent weeks, dozens of makeshift boats left the Lebanese coast bound for Europe. Most of the passengers are seeking to escape Lebanon's devastating economic crisis.

Most of these boats — often overloaded with passengers and in a dilapidated condition — do not reach their intended destinations. They are often intercepted by the Lebanese Army or require a rescue at sea.

Last week, Italian authorities rescued 250 migrants who had been stuck for several days in the waters off Malta.

In April, a migrant boat with dozens of people aboard sank off the coast of Tripoli, North Lebanon, after the Lebanese Army intercepted the vessel. Around 40 people were killed, with dozens still missing.

According to the Turkish coast guard, more than 30,000 irregular migrants were intercepted so far in 2022, more than double the number in the same period last year.

At least 34 migrants believed to have left Lebanon were found dead on Thursday off the northwestern Syrian port city of Tartous, while 14 others were rescued, according to Syrian authorities. The incident comes shortly after another migrant boat left last week from Lebanon and was rescued in the Mediterranean.Earlier today, the director general of Syrian ports, Samer Kobrosli said in a statement...