In part two of L’Orient-Le Jour’s series "Unknown Women Who Shook Up the Arab World," we delve into the life of Thuraya al-Hafez, a Syrian feminist and schoolteacher who ran for Parliament. 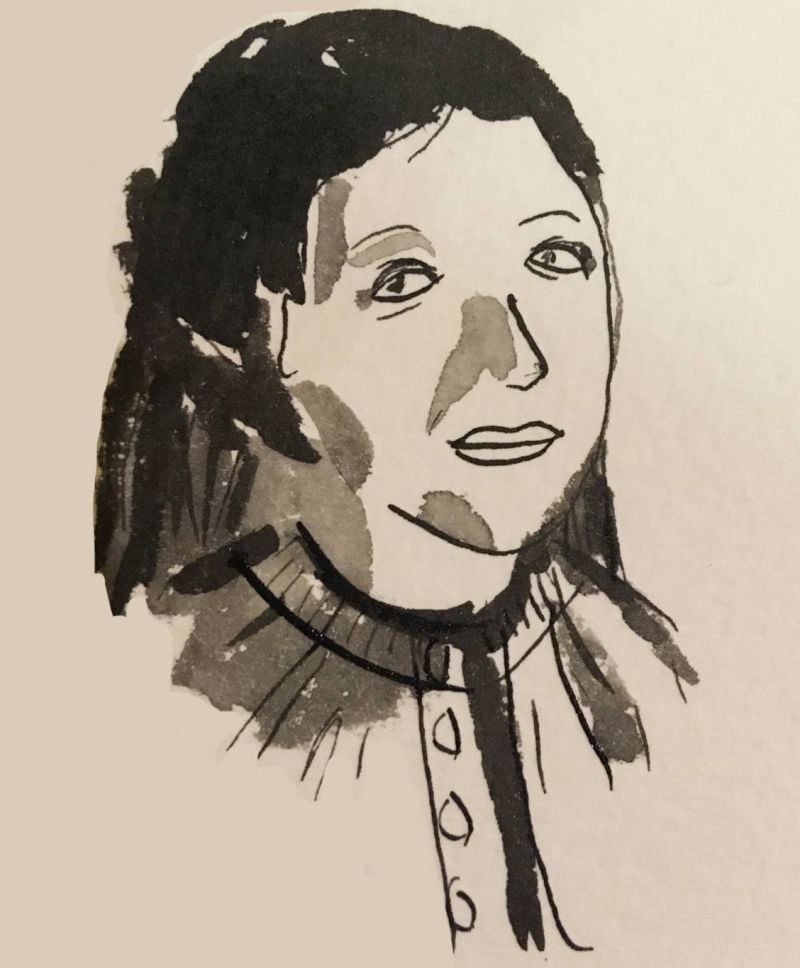 Thuraya al-Hafez was the first woman to run for Parliament in Syria. Wikimedia Commons.

May 1916: Thuraya al-Hafez was only five years old. A wind of Arab independence was shaking the Ottoman Empire and disturbing the balance in the region. Hafez’s father, Amin Lutfi al-Hafez, worked silently to try to break the Turkish yoke before meeting a tragic end on May 6, when he was hanged for leaking information about Ottoman military strategy to the Arab rebel leadership in Mecca.

Inspired by her father, Hafez remained, for life, marked by his hanging, paying tribute to him over the years through her political stances.

According to stories documented by numerous sources, the activist lived her life to the rhythm of the upheavals that shaped the region’s history and fed her avant-garde thinking.

At home, in her educated family in Damascus, the fight against French colonialism was soon on everyone’s lips. Hafez was only nine years old when the French mandate over Syria and Lebanon was adopted and confirmed by the San Remo conference in April 1920.

She opposed French domination until its end in 1946. 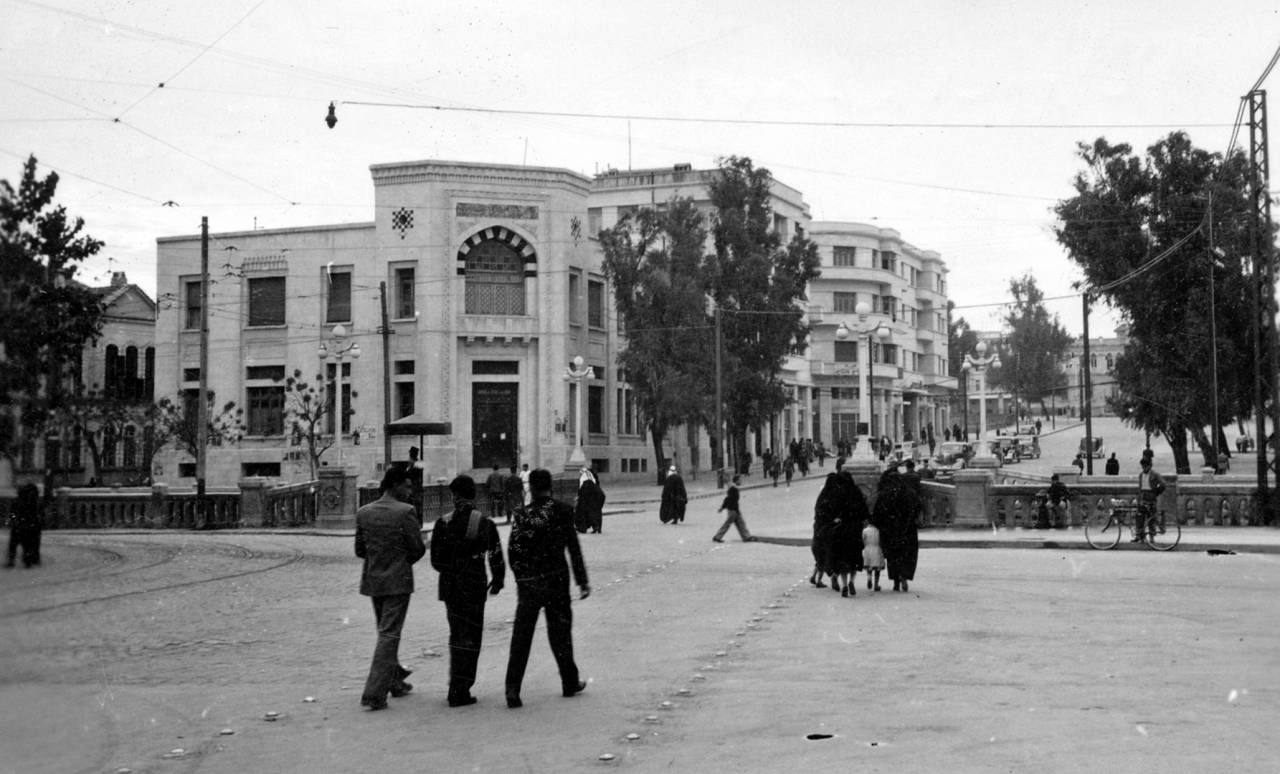 But for Hafez, this patriotic struggle was inextricable from women’s rights, which she sought to uphold through education.

After graduation in 1928 in Damascus, Hafez began teaching the Arabic language. She was only 17 years old and had become one of the first female primary school teachers in the country. But classrooms were not enough for her.

Aware that few of her peers had the same access to education, she actively participated in founding the Damascus Women’s Awakening, an association dedicated to social work that provided English and sewing classes to disadvantaged young women.

It was during that period that Syrian female intellectuals took up the issue of the veil. They published works that critically reinterpreted the Quran, presenting the hijab as an obstacle to equality with men.

Hafez took an interest in the issue, following in the footsteps of Egyptian feminist Huda Shaarawi. Upon her return from an international women’s congress in Italy in 1923, Shaarawi had removed her veil, to the astonishment of some Egyptians.

Nearly 20 years later, Hafez introduced the trend to Damascus. She led a group of about 100 women. They left their homes silently, wearing their veils. Upon arriving at the Great Serail — the Syrian government seat — nestled in Merjeh Square outside the old city of Damascus, they all removed their veils at the same time.

The location was symbolic: It is in front of this building that the nationalists demanding the departure of the Ottomans were executed in 1916. The religious scholars, or ulama, had strong reactions to the women’s demonstration. Clashes broke out.

The women were accused of losing a threat to the conservative society of Damascus. People reportedly hurled rotten eggs and tomatoes at them.

This episode, however, did not dishearten her. In 1945, Hafez co-founded the newspaper Barada with her husband, journalist Munir al-Rayyes, who supported her in her feminist struggle.

She then published a weekly column in which she demanded political and social rights for women and the fall of a patriarchal system within Syrian society.

Hafez decided to go further and enshrine these rights in Syrian legislation — although in doing so she worked with some more sinister figures.

She collaborated with Syrian President Husni al-Zaim, who overthrew his predecessor Shukri al-Quwatli in a bloodless coup and caused the end of Syria’s period of parliamentary democracy.

Before Zaim was overthrown and shot by firing squad in August 1949, Hafez participated in drafting a new constitution that gave women the right to vote.

Hafez kept on teaching until 1953. This was the year she decided to run for parliamentary elections after a law had been enacted granting women this right.

Although she did not secure enough votes to get elected in Damascus, as many conservatives and clerics opposed her candidacy, Hafez would be remembered as the first woman to run for Parliament in Syria.

After her defeat, Hafez did not stop spreading her ideas. A few months later, she opened a literary salon that welcomed both women and men.

The salon, named Sukayna bint al-Hussein — after the granddaughter of the Prophet Mohammed, famous for having opened the first literary salon in the history of the Muslim world — received the country’s leading intellectual figures who gathered, behind closed doors, to debate and discuss various political and social issues, as well as to attend lectures.

The gatherings became renowned in the Syrian intellectual and cultural milieu, and some big names attended. Lebanese singer Fairouz is said to have visited the salon during her stay in Damascus in 1960.

During these years, Hafez actively supported Egyptian president Gamal Abdel Nasser, whom she was said to have idolized, encouraging women to take up arms in 1956 in support of the Egyptian army during the Suez crisis.

When Nasser once arrived in Damascus, Hafez reportedly led women's gatherings that welcomed him with flowers.

Her enthusiasm quickly declined when secessionist army units organized a coup against Nasser’s regime. Hafez would later admit that this was the saddest day of her life.

Her life took another turn when in 1963, while in Egypt, she learned that she and her husband were under arrest. She stayed in the country and was granted political asylum. Rayyes was threatened with execution after security forces stormed his house and arrested him.

“Am I destined to be the daughter and wife of a martyr?” Hafez was said by multiple historical accounts to have wondered that day.

However, he escaped execution and was released shortly afterward. Hafez returned to Syria in 1970 and pledged allegiance to President Hafez al-Assad when he came to power.

Her husband’s death in 1992 plunged her into despair, and an illness that forced her to stay at home worsened her condition, until her death in 2000.

To this day, only a few photos of Hafez have survived. Always with a smile on her lips, a distant look in her eyes, leaving us to guess at her enterprising spirit amid the meandering politics of her time.

This article was originally published in French at L'Orient-Le Jour. Translated by Sahar Ghoussoub.

May 1916: Thuraya al-Hafez was only five years old. A wind of Arab independence was shaking the Ottoman Empire and disturbing the balance in the region. Hafez’s father, Amin Lutfi al-Hafez, worked silently to try to break the Turkish yoke before meeting a tragic end on May 6, when he was hanged for leaking information about Ottoman military strategy to the Arab rebel leadership in...