A look back at the political career of the man to whom the Lebanese systematically return when there are no alternatives. 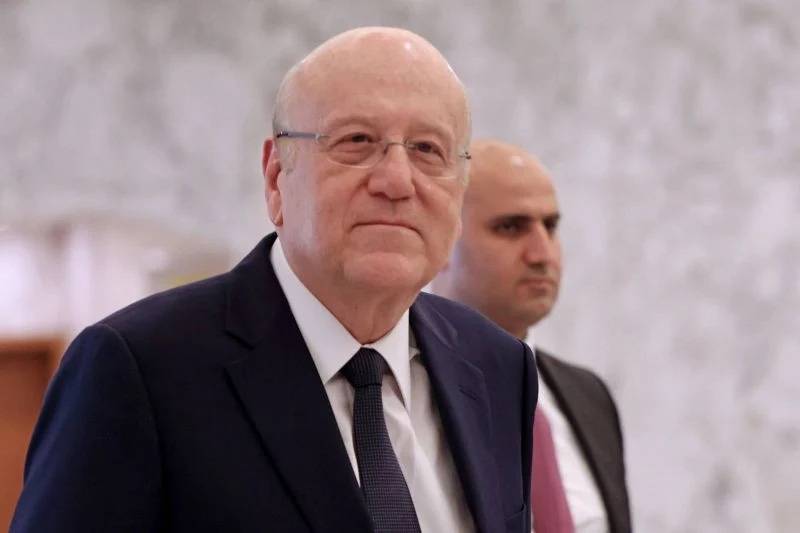 "Mikati is like water flowing between your fingers that you can never catch.”

This statement, made by a politician who wished to remain anonymous, summarizes the path of the man to whom the Lebanese systematically return when there are no more alternatives, a man who is difficult to classify politically and who makes sure to maintain cordial relations with everyone.

Involved in politics for almost three decades, the 66-year-old businessman was appointed prime minister-designate for the fourth time in his career today, with 54 votes. Each time, he was designated in a moment of crisis and great tension: in 2005, after the assassination of Prime Minister Rafik Hariri; then in 2011, when he took the helm of a government in confrontation with Saad Hariri, which eventually imploded as a result of the deep differences between the prime minister and Hezbollah and the Free Patriotic Movement; and finally, a year ago, when the billionaire from Tripoli once again appeared to be the only solution to break the deadlock after months of arm wrestling between Saad Hariri and President Michel Aoun.

It was because he was considered an acceptable candidate by all parties that Mikati was appointed prime minister three times in the past. Previously, he held the Public Works Ministry between 1998 and 2004, which he managed to modernize. In 2005, after the assassination of Rafik Hariri, then-Prime Minister Omar Karami was forced to throw in the towel. Mikati then appeared to be the ideal solution to replace him. The baron of Tripoli, who until 2012 owned several companies in Damascus, maintained close relations with the Syrian regime at the time. He was also very close to the American and French ambassadors in Lebanon at the time, Jeffrey Feltman and Bernard Émié. Everything would be played out in Paris, where the negotiations would follow one after the other, involving the Saudi King Abdullah bin Abdelaziz and his Minister of Foreign Affairs, Saud el-Faisal, Émié, Feltman and the Druze leader Walid Joumblatt. Mikati knew that he could not run in the parliamentary elections scheduled for the same year because of the popularity of the Future Movement in the North. So he agreed to be a spare tire, as he is today: to head a government with a limited lifespan and narrow margins of maneuver.

Between 2005 and 2010, Mikati would try not to position himself as an opponent of Hariri, without joining his camp. The break between the two men occurred in 2011, after the overthrow of the Hariri government following the resignation of the March 8 ministers. Hezbollah wanted a prime minister from its political camp. Karami was once again approached. But Joumblatt, who said he was ready to collaborate, did not want to appoint a pro-Syrian candidate. The leader of the Progressive Socialist Party met with Syrian President Bashar al-Assad, Lebanon’s Parliament Speaker Nabih Berri and Hezbollah chief Hassan Nasrallah to reverse the trend, after having failed to convince them to find a compromise with Hariri. Joumblatt succeeded in persuading everyone to adopt the Mikati option. At this point, the Druze leader met with Hariri and explained his position, while advising him to adopt a realistic attitude and bring Mikati back to his camp. Once appointed prime minister, Mikati met again with Hariri.

"I am ready to cooperate, do you want to participate in the government?"

"Would you recommend something to me?”

Silence from Hariri. This was the beginning of the falling out that would continue throughout Mikati's term, culminating in the assassination of the Internal Security Forces' intelligence chief, Gen. Wissam al-Hassan, on Oct. 19, 2012. The Future Movment held Mikati's government politically responsible for the assassination and oversaw demonstrations calling for its downfall. It was then that Mikati went to Ain al-Tineh to meet Berri with the intention of resigning. Berrit advised him to calm down, and Mikati turned to him and said: "Your Excellency, it is you who protect me and protect the Sunni prime minister from now on."

His tenure as head of government took place in an explosive context, as the Syrian war raged and Sunni-Shiite tensions were at their highest. Mikati tried to enforce the principle of "distancing," but Hezbollah quickly put both feet in Syria. His relations with Aoun and his son-in-law Gebran Bassil were to become more complicated, particularly with regard to electricity and appointments. Bassil was then energy minister. A Kuwaiti fund proposed a project to build power plants and improve the sector as a whole at a long-term interest rate of 1 percent. But the president's son-in-law refused that path, preferring the option of power ships.

“It was impossible for Mikati to work with the Aoun/Bassil duo,” a person close to the prime minister appointed a year ago told L’Orient-Le Jour. The sessions were punctuated by clashes between the prime minister and his minister of energy. Since then, Aoun no longer wants to hear about Mikati.

“The experience of Mikati was very bitter,” confirmed a person close to the head of the FPM at the time of Mikati's last appointment. Mikati eventually resigned in March 2013 due to the feud between Hezbollah and the FPM over the extension of Ashraf Rifi's term as director general of the Internal Security Forces.

Last July, after months of stalemate linked to a battle between Saad Hariri and Michel Aoun, Mikati was again appointed. The configuration was quite similar to the one that prevails today: in the absence of Hariri, Mikati seems to be the preferred choice of Hezbollah and Amal, since he enjoys a certain legitimacy in the Sunni street while being accommodating to Hezbollah. Mikati finally formed his third government in September with two main objectives: to organize the elections and to lead the negotiations with the IMF to get the country out of its current crisis.

The elections took place on time. And as far as the IMF is concerned, a framework agreement was reached last April. But the plan prepared by Deputy Prime Minister Saade Chami is widely opposed by the various political parties and is in danger of falling by the wayside.

Meanwhile, the situation in the country has deteriorated at all levels. And politically, Mikati's relations with the Aounist camp have deteriorated again. Mikati now has a definite advantage, which explains why he has been reappointed and still enjoys the support of Paris: he embodies continuity at a time of great tension linked to the approach of the presidential election. Everyone knows that it is from this moment that the real negotiations will begin. And this is also his main weakness, which explains why he received so few votes on Thursday (in 2021, 72 deputies voted for him): he is there to ensure the minimum service. So Mikati may not be able to form a government, but he will continue to manage current affairs as the outgoing prime minister.

"Mikati is like water flowing between your fingers that you can never catch.” This statement, made by a politician who wished to remain anonymous, summarizes the path of the man to whom the Lebanese systematically return when there are no more alternatives, a man who is difficult to classify politically and who makes sure to maintain cordial relations with everyone.Involved in politics for...