The wheels of negotiation are in motion: Who will be Lebanon’s next prime minister?

Will these few days be enough to reach an agreement on the name of the future prime minister? The bargaining has started. 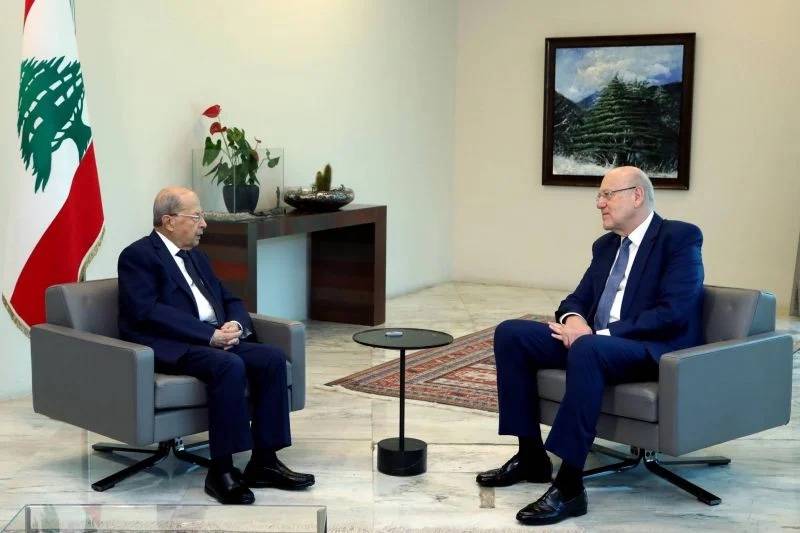 One month to the day after the legislative elections, President Michel Aoun finally fulfilled his constitutional mission.

On Wednesday, Aoun summoned the elected MPs to binding parliamentary consultations to designate a new prime minister, who are scheduled to meet on Thursday, June 23 in Baabda at 10 a.m.

With this step, the president wanted to return the ball of the cabinet formation — the last one before the end of his six-year term by the end of October — to the court of the rest of the political players, especially those who accused him of delaying tactics.

According to sources close to the Baabda Presidential Palace, Aoun preferred to wait for the election of the Parliament speaker and deputy speaker, as well as the formation of parliamentary committees, to make his move.

He is also said to have waited for the departure of Amos Hochstein, the American mediator in the maritime border dispute between Lebanon and Israel, who paid a two-day visit to Beirut on Tuesday and Wednesday.

“We kept our word. We said that the head of state would set the date for parliamentary consultations after the departure of the American envoy,” a source close to the presidency told L’Orient-Le Jour.

Except that it is clear that Aoun wanted to give the players time to reach a preliminary agreement on the name of the future prime minister, even if the outgoing head of government, Najib Mikati, is the likely candidate to succeed himself.

Mikati, however, has laid down his conditions for taking up the task: to allow the cabinet to implement economic reforms without any obstacles.

He wants to cut short any attempt to impose preconditions to facilitate the establishment of the new cabinet.

Careful calculations are being made and will continue until the date of consultations, especially since any future cabinet would have to manage the country in the event of a presidential vacuum. This means that the premier’s task may prove to be much more complicated.

The Free Patriotic Movement and the blank vote

But there is no reason to believe that any agreement that Aoun is seeking to establish will be reached, as many stakeholders have already begun to set their own conditions regarding the future ministerial team.

This is the case of the leader of the Free Patriotic Movement Gebran Bassil.

In a televised interview on Sunday, the Aounist leader was very clear: “We will not nominate Najib Mikati,” he said, setting the wheel of bargains in motion, something that is called in Lebanon “the prior agreement on the cabinet composition and mission, prior the actual appointment of a prime minister.”

For Rindala Jabbour, the FPM spokesperson, “Mr. Mikati has done everything he could do during his term. It is time to give a chance to new figures.”

“We want a prime minister capable of sacking the Governor of the Bank of Lebanon,” she said curtly.

BDL Gov. Riad Salameh is the main antagonist of the president and the FPM.

“But we know that it is difficult to find such a candidate, just as it is difficult for us to impose a prime minister without the support of the forces that call themselves sovereigntists or of change,” Jabbour said.

“We might as well cast a blank vote,” she added, suggesting that her parliamentary bloc will not nominate any figure to form the future cabinet.

The FPM’s stance is likely to complicate the task of its long-standing ally, Hezbollah, working for renewing Mikati’s term in office.

From this standpoint, the outgoing premier is stuck between a rock and a hard place: while he benefits from the Sunni cover provided by the former prime ministers (Saad Hariri, Fouad Siniora and Tammam Salam) and ex-Haririst MPs, as well as Hezbollah’s backing, he would run the risk of losing of the support of the two main Christian parties, the FPM and the Lebanese Forces.

LF leader Samir Geagea, has made repeated calls for the unification of the opposition forces on major issues, such as the appointment of the prime minister.

“We are against the renewal of Mikati’s term in office. And it is important for us to see the opposition, independent, as well as the protest movement MPs agree on a candidate,” an LF official told L’Orient-Le Jour.

In this context, a meeting was held on Tuesday between Geagea and Akram Chehayeb, MP for Aley, and Wael Bou Faour, MPs for Aley and Rashaya, both affiliated with Progressive Social Party leader Walid Joumblatt.

“We are coordinating with the PSP on the major steps for the next phase, including the appointment of the prime minister,” Hawat said, adding that no agreement has yet been reached on the name of a candidate.

What about the protest movement MPs?

At a time when sources close to the LF and the rest of the opposition forces are speaking of coordination with the elected MPs of the thawra (revolution), the latter have a different say about it.

“We are finalizing our agreement on the name of a prime minister. But there is no coordination with other parties,” Mark Daou, MP for Aley, told L’Orient-Le Jour.

He added that the protest movement MPs are still discussing a name for their parliamentary bloc, which has not yet been officially formed.

This explains why each of these MPs will be received individually by Aoun for the consultations meeting next Thursday.

For the French, priority to the government

For its part, the international community, notably France, is closely following the political developments in Lebanon.

A Lebanese diplomatic source based in Paris told L’Orient-Le Jour that for Paris the priority is currently the formation of a government capable of initiating the reform process that will get Lebanon out of the current crisis.

This is an implicit reaction to recent reports in local media that the Lebanese presidential election is already being discussed behind the scenes in Paris and Washington.

“It is time to form the cabinet. This is an important juncture at home. But this does not mean that French President Emmanuel Macron will abandon Lebanon,” the Lebanese diplomatic source said.

One month to the day after the legislative elections, President Michel Aoun finally fulfilled his constitutional mission.On Wednesday, Aoun summoned the elected MPs to binding parliamentary consultations to designate a new prime minister, who are scheduled to meet on Thursday, June 23 in Baabda at 10 a.m.With this step, the president wanted to return the ball of the cabinet formation — the...