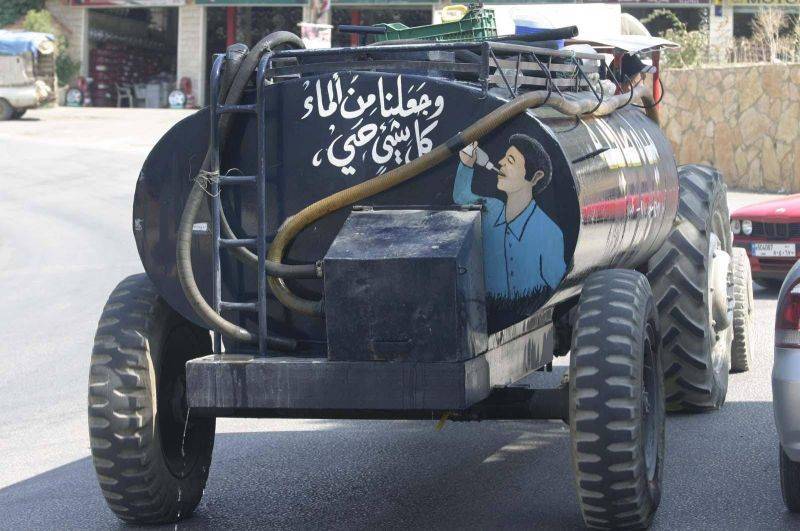 Hepatitis A can be transmitted through contaminated water. (Credit: Saïd Meallaoui)

BEIRUT — Concern has mounted over an apparent outbreak of Hepatitis A, with the number of cases recorded so far this year reaching 590 yesterday. However, the head of the Health Ministry’s Department of Preventive Medicine confirmed Friday to L’Orient Today that the number of new infections has slowed in the past 48 hours. Here’s all you need to know about the illness and its transmission.

What is Hepatitis A?

According to the World Health Organization, Hepatitis A is an inflammation of the liver caused by the transmission of the Hepatitis A virus (HAV). The virus is transmitted when an uninfected person ingests food and water that is contaminated by the feces of an infected person or through direct bodily contact with an infectious person.

Almost everyone recovers fully from Hepatitis A with a long-lasting immunity. In rare circumstances, a handful of people infected with Hepatitis A could die from severe liver failure, according to WHO.

In a statement released by Lebanon’s Health Ministry on Thursday, the ministry pointed out that symptoms of Hepatitis A disease include: fever, diarrhea and jaundice — a condition where the skin color and the white of the eyes turn yellow — in adults, who are more susceptible to complications of the disease. “As for children, symptoms are usually mild. It may be absent in some cases, especially in infants.”

Director of the Center for Infectious Diseases Research at the American University of Beirut, Ghassan Dbaibo told L’Orient Today that the majority of Hepatitis A cases experience mild symptoms, adding that a mere “1 percent of cases might suffer liver failure requiring hospitalization.”

Is it a matter of concern?

The reporting on transmittable diseases, other than COVID-19, has diminished in Lebanon during 2020 and 2021, since the focus has been on the coronavirus pandemic, Head of the Health Ministry’s Department of Preventive Medicine, Atika Berri pointed out.

“There has been some unintentional neglect from hospitals that report to [the Health Ministry] on cases of transmittable diseases because of the pandemic,” Berri added.

Hepatitis A is considered endemic in Lebanon, even prior to the recent outbreak in the North, according to the Health Ministry. “The only difference is that now we have a high number of cases in a short period of time in a very specific area,” Berri explained.

Despite the illness not being a matter of major concern, Dbaibo said that “there has been a fuss about it because when cases arise, the probability of someone getting hospitalized or dying increases.”

Berri also explained that testing for Hepatitis A happens in Lebanon but studying the virus strain takes place in a laboratory abroad as Lebanon “does not have any labs that can carry out an evaluation to the virus,” meaning to identify the nature of the virus and different ways of managing its spread.

Linked to water contamination in the North

The time when excavation work close to water pipes infrastructure started in Tripoli, Lebanon’s second-largest city, matches the incubation period of the disease, which ranges from two weeks to about 50 days, Berri pointed out. In the Health Ministry statement, the ministry noted that the outbreak in North Lebanon is likely due to the deterioration in the infrastructure which “led to a mixture between drinking water and sewage water.”

The ministry added that this speculation came after it studied the epidemiological situation of the areas that recorded a noticeable increase in the number of patients.

“All the cases recorded tell us that they have contracted the disease around a month ago, not now,” she added. “Which proves that the excavation work [was] most probably the reason behind the outbreak”

Berri added that Tripoli residents reported that they noticed a change in the taste, color and smell of their household running water.

The Beirut and Mount Lebanon Water Corporation announced in a statement that, "Although no cases of Hepatitis A have been recorded in the areas within its jurisdiction, the Corporation reassures citizens who are calling it to get clarifications about misleading information being spread from social media... The periodic checks that the corporation conducts in its laboratories ensures a good quality of water at the source and in all distribution networks, and therefore the pumped water is clean and free of germs according to the scientific specifications required locally and globally.”

Since the virus is transmitted through the fecal-oral route, there should be no fear for the disease to spread in other regions in Lebanon, Berri asserted.

Vaccines and other preventative measures

According to the Health Ministry, the Hepatitis A vaccine is not included in the national vaccination calendar, as it is rather optional.

Dbaibo pointed out that vaccines for the acute illness would normally provide stronger immunity to people who take them; however, “it is not an urgent thing to do,” he said, adding that it is more important to take precautionary measures.

Meanwhile, Berri indicated that the vaccine has been available in the private health care sector but said that it is a recipe for disaster when only part of a population, usually the younger generation, takes a vaccine and the other part does not.

“This causes complications for those who belong to the older age group,” Berri added.

According to the US Center for Disease Control and Prevention, new viral strains emerge when a population experiences conditions of incomplete viral suppression.

“Either all take the vaccine or none should,” added Berri.

The Health Ministry claimed that it is currently seeking to provide the vaccine to people in Lebanon in cooperation with international organizations.

“The problem lies in how fast [international organizations] can meet our demands and whether or not we have the money for those vaccines, considering the country’s economic crisis,” Berri said.

She stressed that vaccines are not where the focus should be centered around. “What is needed right now is to fix the infrastructure and isolate [infected] people in a way where they are not spreading the disease.”

BEIRUT — Concern has mounted over an apparent outbreak of Hepatitis A, with the number of cases recorded so far this year reaching 590 yesterday. However, the head of the Health Ministry’s Department of Preventive Medicine confirmed Friday to L’Orient Today that the number of new infections has slowed in the past 48 hours. Here’s all you need to know about the illness and its...

The last Jews of Lebanon, a life shrouded in secrecy