A break in the blues: Free jazz festival a boon to musicians and music lovers alike 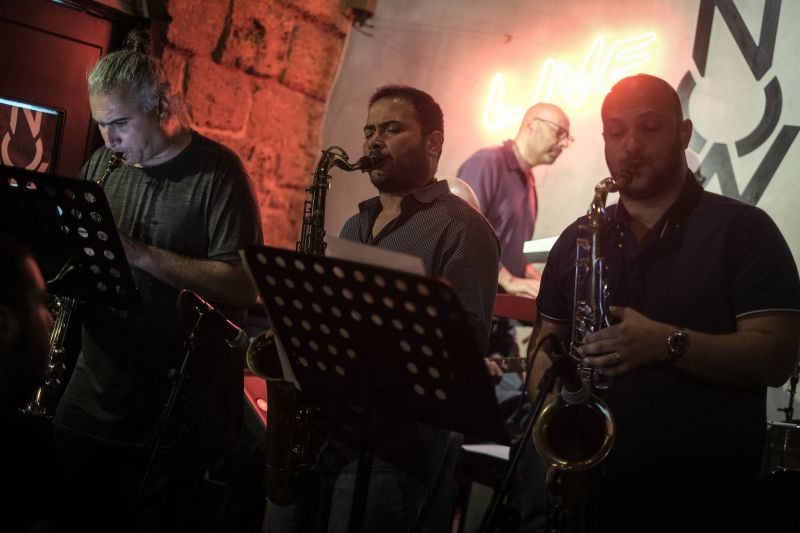 BEIRUT — Cooldrive kicked off the Beirut International Jazz Week on Tuesday night with a smooth performance. Their three saxophone players are so experienced and were so engaged with the score that they did not even open their eyes to read their music sheets. The crowd watched, enchanted and quiet, but broke into enthusiastic applause at the end of each piece.

The entranced musicians, the enthralled crowd and the packed house at Now Beirut on the first of five nights of live jazz performances that make up the festival, made — for the duration of the evening at least — the trials and tribulations of recent times seem a world away. But in reality, life in Lebanon has been more of a blues number than smooth jazz for the past almost three years.

Youssef Naiim, the festival’s organizer, told L’Orient Today that the event has been scheduled to align with International Jazz Day on April 30, which celebrates jazz around the world.

Naiim has been involved in the music industry for more than a decade and has founded projects like Onomatopoeia, which offers space for musicians to perform, and the Beirut Music Initiative, which secured funding that was distributed among 250 musicians and sound engineers between April 2021 and March 2022, all of whom were deeply affected by the COVID-19 and economic crises in Lebanon.

Naiim has organized events for other types of music, but this is the first time he has taken on an event of this kind.

“The jazz festival is a personal initiative to push jazz again and celebrate jazz,” Naiim said.

The “music industry in Lebanon, like all other art industries, is suffering from the socio-economic crisis,” said Jack Estephan, bass player and founder of StandArt jazz quartet, which is performing as part of the festival on Friday at Aaliya’s Books in Gemmayze. 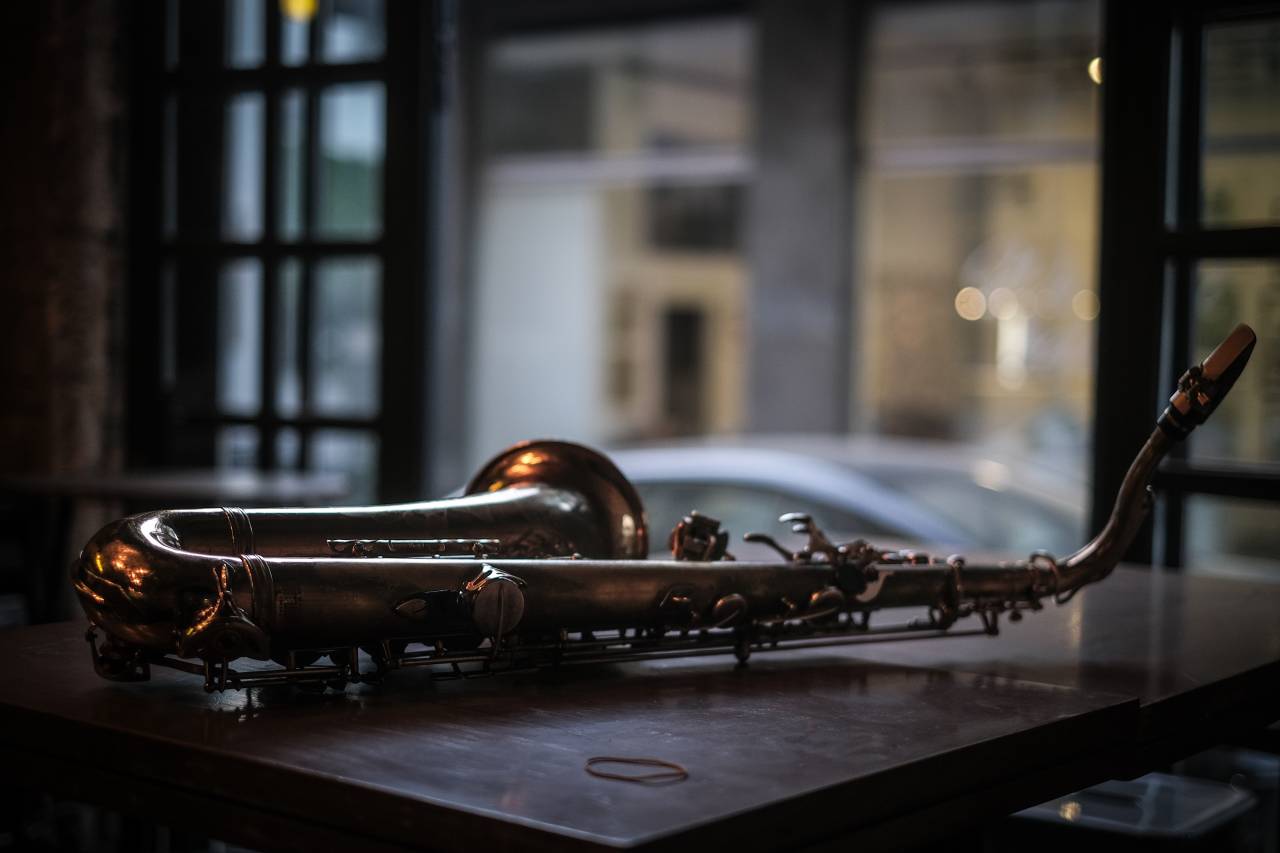 One of Cooldrive's three saxophones rests in a side room at Now Beirut, before their set on April, 26, 2022, in Beirut, Lebanon. (Credit: Joao Sousa/L'Orient Today)

The working conditions of jazz musicians performing in the country have deteriorated since the onset of the economic crisis in 2019, which saw the money they were earning rapidly lose value and pushed venues to reduce their live music lineups as budgets were tightened amid the struggle for survival. The impacts of the economic crisis were then compounded by successive COVID-19 lockdowns, which halted live performances completely, and the Aug. 4, 2020 Beirut port explosion, which devastated large swathes of the city, causing extensive damage to many live music venues, including Now Beirut and Aaliya’s Books.

Abboud Saadi, founder of Cooldrive and the 3 a.m. jazz band explained that “every band member faces the difficulties that any citizen faces, economically, socially, politically, tension, stress etc ... add to that the problem of [not] being able to perform since a lot of venues closed down and the payment [bands receive] downgrading due to the economic crisis.”

While many jazz artists utilized their sudden abundance of free time during the COVID-19 lockdowns to rehearse and record songs, earning money became increasingly difficult.

Over the past few years, the number of opportunities for musicians to play live in public has greatly diminished. Many clubs and music venues closed because of the economic crisis, Arthur Satyan, an Armenian who moved to Lebanon in the 1990s and plays the piano with the Arthur Group band, told L’Orient Today, adding, “So, musicians don't have many places to play at.”

“On top of that payment has changed, most musicians [now] get paid from an entrance fee,” he added, explaining “if you're a five-piece band and you're playing in a small place that can receive 30-40 people, you're ending up with peanuts.”

Before the economic crisis, bands used to get paid directly by the venues and the payments were significantly heftier, according to Satyan.

But even at larger venues, in the present climate it can be difficult to secure a sizable audience as disposable incomes have plummeted and going out to events has become a rare luxury rather than a regular activity. As Estephan puts it, this is resulting in the Lebanese people “ losing the culture of going out to listen to music.”

Even when a venue doesn’t charge an entrance fee, the cost of buying food and drink at a performance can be a deterrent to audience members. Food inflation reached 390 percent in March 2022.

The lack of professionalization of the sector and the organization of larger-scale performances has also been a concern for musicians. Satyan commented, “One of the important aspects is that we need to have professional management for artists in Lebanon. Especially for classical and jazz music. Unfortunately, we face a huge lack of live concerts, big concerts for both types of music.”

Satyan plays at a number of bars around the city each month, including Salon Beyrouth in Hamra, Now Beirut, Qortoba Baabdat and 16MM in Gemmayze, he said.

He added that classical musicians mostly perform in churches, small school venues, while jazz musicians mostly play at clubs. “It’s all nice, but to play in a big venue is a completely different experience. To organize a big concert you have to deal with everything yourself: starting from renting a venue till printing a poster. This cannot be done without sponsors.” 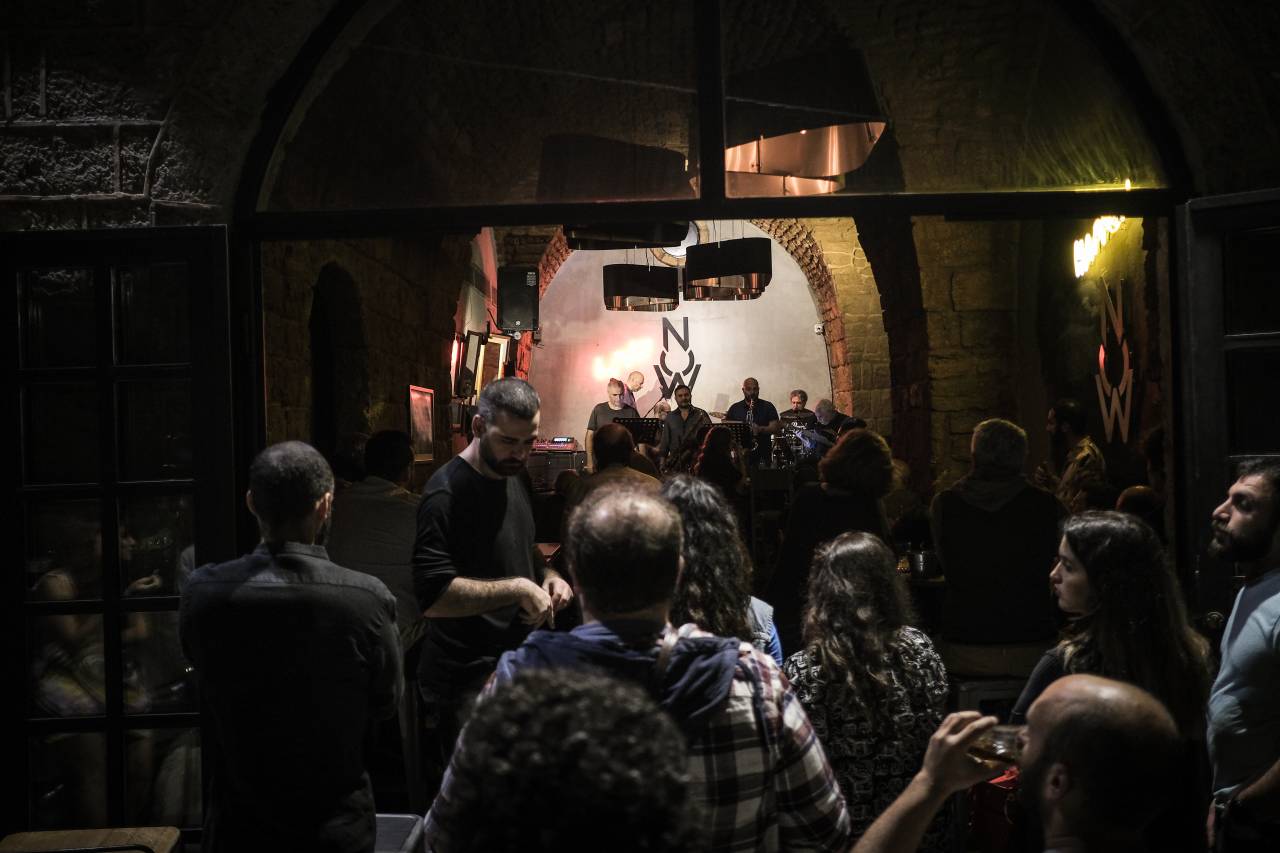 The Beirut Jazz Festival offers a small window into what can be done when there is a little sponsorship and support for live music events. Musicians’ only supporters recently have been NGOs and embassies, said Estephan.

However, this is not the first time that the Americans have sponsored a jazz event in Lebanon. In 1956, the first-ever jazz concerts held in Beirut, which saw the Dizzy Gillespie band perform over three days at Duniya theater, were sponsored by the US State Department, which was eager to expand America’s cultural music reach, The New York Times reported at the time. All three concerts were reportedly fully booked.

All the band fees during this week’s jazz festival are being covered by the US Embassy in Lebanon.

Entrance to all the festival events is free of charge, ensuring the week is “a chance for people to enjoy the festival for free amid the economic crisis, and the musicians will be having fun while earning some money,” Naiim said.

Attending the performance on Tuesday night, Corine Bou Aoun, 28, told L’Orient Today, “It is very important that amid the economic crisis we are able to sustain art and culture and these kinds of festivals give life to the city.”

Asked whether some people would question the embassy’s intention to force Western culture in Lebanon through the festival, Naiim said, “In Lebanon we don’t need to do this, we listen to pop, rock and jazz maybe even more than they do, so such a claim would be absurd.”

Rawad Elzen, 40, a Lebanese national living in Sudan who is visiting for two weeks told L’Orient Today that she welcomes the festival. “We cannot just leave music to fall even if we are in the middle of an economic crisis. This is the heart of the city and we can’t afford to lose it and music is a form of revolution against the hard situation,” she said while attending the performance at Now Beirut on Tuesday.

Naiim, meanwhile, is keen to see the festival become part of the city’s annual cultural calendar. “I will try to make this event take place on a yearly basis and hopefully I will have a team working with me in the coming years and hopefully we will get international bands in the coming years, but the priority is for the local jazz scene to stand on its own two feet,” he said.

The Beirut International Jazz Week continues until April 30, with the remaining events taking place at Salon Beyrouth, The Duke of Wellington and Aaliya’s Books.

BEIRUT — Cooldrive kicked off the Beirut International Jazz Week on Tuesday night with a smooth performance. Their three saxophone players are so experienced and were so engaged with the score that they did not even open their eyes to read their music sheets. The crowd watched, enchanted and quiet, but broke into enthusiastic applause at the end of each piece.The entranced musicians, the...