On the trials of motherhood 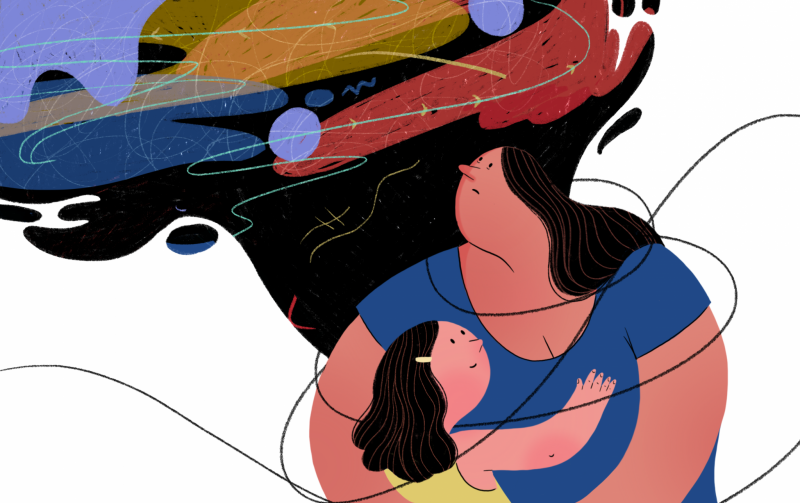 We are raised early on to believe that motherhood is natural. In Lebanon and in our patriarchal Arab world, we are imbued with the idea that it is our inevitable role, it is our duty as women. For our society, motherhood is not a choice, motherhood is a woman’s “raison d’être” and anything that goes against the myth of the “natural mother,” is simply considered taboo. Our mothers and grandmothers told us again and again that motherhood was only beautiful and tender. But this is only half of the story. What I am about to say next might outrage some. But it will definitely put words to the feelings of many Lebanese mothers, feelings they would not dare accept, thoughts they might whisper about when alone. They make them feel guilty and ashamed, simply because society expects otherwise, simply because they were told otherwise.

I recently watched “The Lost Daughter” on Netflix, an adaptation of Ellena Ferrante’s short novel. This is the story of a middle-aged woman Leda, mother of two, who goes on a solo vacation on an island in Greece and meets a young American mother and her daughter. They disrupt her peace and send her back to uncomfortable memories of her own mothering. Through Leda, we see a woman who struggles with the demands of childcare and dares to question her role. She grapples with her identity as a mother, and the guilt of wanting to go after her own needs while raising her children. The other mother in the movie, Nina, suffers from post-natal depression, she is clearly unhappy but has no courage to recognize that.

The film reminded me very much of my own struggle as a mother. Motherhood traumatized me. It is why, 5 years on, I have still not decided to have another child and I get judged for that choice every day.

In 2012, I developed a form of passive PTSD that was triggered by my work as a journalist on the Syrian conflict. It manifested itself at night through what is known as night terrors. I started waking up at night, in the first 90 minutes of my sleep, completely freaked out, imagining different things, my heartbeat racing, sometimes I would scream, or get up and run. The terrors were chronic. Then they stopped for a while, until I had my daughter in 2016. After Yasma was born, and for almost two years, I would wake up every night, looking for her in our bed, thinking I lost her or suffocated her. It was very disturbing. It was only through therapy that I realized that they were a reflection of my conflicted feelings as a mother.

On some days I felt confused with my new role, on others I was exhausted and simply resented being her mother. But because those feelings are socially not acceptable, because we are raised thinking motherhood is natural and beautiful and that we are only supposed to enjoy it, I did not allow myself to experience and process that ambiguity. I felt guilty, very guilty, and so I channeled that in my sleep. My therapist helped me realize that my feelings were common, just unspoken of — there were other mothers that felt this way and it was okay to feel unhappy about motherhood. The minute I accepted these feelings, the night terrors stopped. They now come back only when I am experiencing extreme stress, including with my daughter.

We are not born a mother, just like adolescence, we transition into that, it’s what is known as “Matrescence,” to use the terminology of New York-based psychiatrist Alexandra Sacks.

The birth of a mother equates to the birth of a new identity and that change is difficult, conflictual and the most challenging transformation a woman will ever experience, according to psychiatrist Daniel Stern.

Unfortunately, little attention is given to that transition. We often focus on the baby and its needs, and not on those of the new mother who is going through a major transformation, one that can be violent.

It starts with the act of giving birth. The pain is like nothing you will ever experience. For a while, your body feels alien, then with the months of endless sleep, breastfeeding, pumping and feeding, you no longer control your body. You forget to love it and take care of it. But the worst kind of violence is psychological, that one lasts forever. Motherhood strips you from your freedom, from your personal identity. You wonder every day if you still exist as an independent human being. Patriarchy raised you to think that mothers sacrifice themselves, they lose themselves to their children, otherwise they are bad mothers. So, the guilt rubs salt into the wound every day. Motherhood is also terrifying. That human being you are raising is so vulnerable and dependent, you worry about them so much that it scares you to death. But you are also fragile and helpless. Motherhood is a “crushing responsibility” to use the words of Leda in the movie.

The conflicted feelings of motherhood have nothing to do with love or hate. There is no doubt that I love my daughter more than anything in the world. This is not about regret. I would not have it any other way. I can’t live without her. But there are days where I want to put myself first, my needs as a person, to go after what I want, and I want to do it without carrying that socially induced burden of guilt.

Dalal MAWAD is an award-winning Lebanese journalist based in Paris.

We are raised early on to believe that motherhood is natural. In Lebanon and in our patriarchal Arab world, we are imbued with the idea that it is our inevitable role, it is our duty as women. For our society, motherhood is not a choice, motherhood is a woman’s “raison d’être” and anything that goes against the myth of the “natural mother,” is simply considered taboo. Our mothers...