A new energy pact for Lebanon 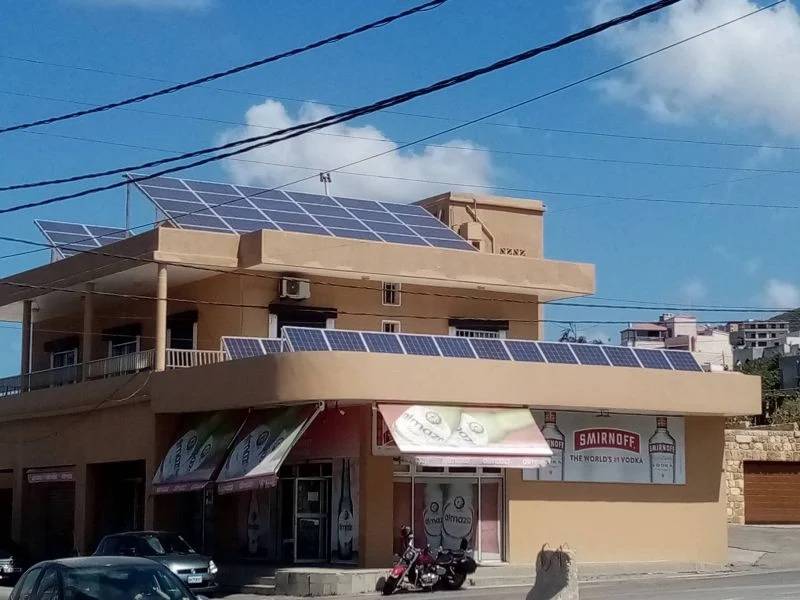 A building with solar panels mounted on its roof. (Credit: L'Orient-Le Jour archives)

The deep crisis that Lebanon is experiencing today must be transformed into an aspiration for a new beginning. Unfortunately, the Lebanese population is now facing a painful impoverishment and a sudden and brutal adaptation of its needs and way of life. But this profound transformation of consumption patterns will necessarily push the Lebanese to aspire to a more just society and to respect their land and environment. This could be the basis of a new social pact based on a societal transformation at both the individual and collective levels.

The necessary transformation of our energy system necessarily involves weaning ourselves off our addiction to imported fossil fuels (97 percent of the country’s needs) and gradually replacing them with clean, inexhaustible, local energies that have a low impact on the environment. But the socio-economic disaster we are currently experiencing also invites us to question more specifically our electricity consumption habits. We must become frugal in our energy consumption by eliminating waste and improving our energy efficiency. For example, we must rethink how to insulate and heat our buildings, adopt clean modes of transportation and alternatives to the car, rethink our cities or develop industries by limiting their environmental and social impacts.

Far from clichés, such as the return to the candle or the village square, this new sobriety and efficiency can be voluntary and convivial, especially when it is part of a fair sharing of resources. Its collective dimension is absolutely essential to solve our energy crisis in a sustainable way. It will also create a virtuous circle by becoming a pillar of new economic and industrial strategies.

The energy transition must also be holistic and must therefore address all social, economic and environmental issues, as set out in the 17 UN Sustainable Development Goals. For example, air pollution due to electricity production by fossil fuels is a matter of public health policy, as it is responsible for nearly 2,700 premature deaths per year and serious illnesses among the population, according to a study published by Greenpeace in June 2020.

Before being technical, this transition is however political, impacting governance and financing choices, as well as future industrial and land use planning orientations. For example, according to a study we have been conducting for two years in cooperation with the National Council for Scientific Research, the installation of solar panels and wind turbines on public land alone would cover about half of the country's energy needs (with respectively 5,200 MW for solar and 1,000 MW for wind, which together is equivalent to 1,500 MW of electricity produced by gas). Of course, this transition must be based on economic and scientific data that will establish priorities and guide the discussion.

This new aspiration must therefore be prepared and accompanied by voluntary political actions, based on criteria previously defined in a collective framework. And the involvement of all national actors must be facilitated by public policies adapted to the national and especially local level.

This energy transition therefore requires immediate and visionary political action that fully integrates long-term issues and five-, 10- and 20-year objectives. We need to reinvent Electricité du Liban and reconfigure our electricity system to build a more responsive and intelligent 21st century grid. This will allow us to substantially reduce the number of polluting plants on the Lebanese coast — from the current six to only two: Zahrani and Deir Ammar (because they can also run on gas) — to better manage the balance between the production of clean electricity and electricity consumption by complementing the production sources (gas, solar, wind, hydro …), to increase the flexibility of consumption and to store energy.

These objectives will have to frame the actions of political decision-makers. Decisions taken at both the national and local levels — whether they concern policies and measures or the direction of investments — must be sufficiently significant in the short term in view of the ambitious medium- and long-term objectives.

The alternative plan that the Lebanese Foundation for Renewable Energy will soon publish provides a roadmap for exiting the crisis that aims not only to significantly reduce all of the negative public health, environmental and economic risks associated with our energy system but also to highlight all of its positive aspects.

For consumers, the energy transition will be synonymous with a significant reduction in their energy bill and greater price stability in the face of changing energy prices. It will also be synonymous with job creation throughout the country, as shown by the study conducted by our NGO in association with the American University of Beirut and the firm Strategy& and published in May 2019.

Faced with the urgency to act, these measures must be implemented now, to enable Lebanon to benefit from a new regional and international dynamic for sustainable development and ecological transition. Ultimately, no real and socially just economic recovery will be possible without a profound transformation that reconciles energy security and environmental preservation.

Rony Karam is director of KDP Real Estate Group and chairman of the Lebanese Foundation for Renewable Energy.

The deep crisis that Lebanon is experiencing today must be transformed into an aspiration for a new beginning. Unfortunately, the Lebanese population is now facing a painful impoverishment and a sudden and brutal adaptation of its needs and way of life. But this profound transformation of consumption patterns will necessarily push the Lebanese to aspire to a more just society and to respect...