Because of financialization and the revolving door between the oligopolies and the government, the power that comes from the people is channeled to a very small group of oligarchs. 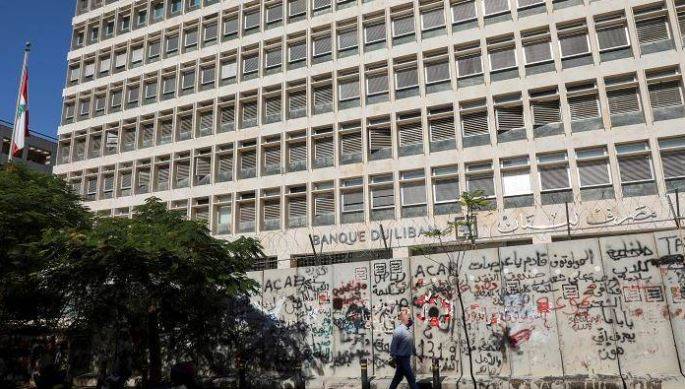 More than two years later, and despite the fading of the "thawra" of October 17, 2019, its rallying cry ("Killun Yaane Killun") continues to resonate in the minds of many Lebanese who, for lack of mobilization in the streets, remain convinced that change will necessarily come through the exit of a political system locked by clientelism and the instrumentalization of sectarian identities for the benefit of a few. Some of them have also become aware that, in addition to the banking and monetary crisis that has plunged the country into the abyss, the evil at the root of their social misery was older and deeper, and resided in particular in the absence of a real productive economy. In reality, these two dimensions are more linked than one might think at first glance and are largely due to the extreme financialization of the Lebanese economy.

Financialization means a large share of the economy is generated through financial institutions and not through trade or commodities’ production and the wealth created is used to buy bonds/stocks and real estate or flows either offshore or towards a variety of speculative bubbles for short term profit only.

Michael Hudson describes financialization as "a lapse back into the pre-industrial usury and rent economy of European feudalism… Its aim is not to provide tangible capital formation or rising living standards, but to generate interest, financial fees for underwriting mergers and acquisitions and capital gains that accrue mainly to insiders, headed by upper management and large financial institutions… Instead of labor earning more, hourly earnings decline in real terms.”

In the US equity market trading grew from $1.671 trillion (28.8% of the country’s gross domestic product) in 1990 to $14.222 trillion (144.9% of GDP) in 2000. A mark of its flourishing is the 1999 repeal of Glass-Steagall Act of 1933, which provided for the separation of the deposit and investment banking businesses and capped interest rates on bank deposits. This repeal allowed the legalization of the merger of Citibank and Travelers Group, Inc. into a $72 billion institution.

In Lebanon, the financialization of the economy in the 1990s wreaked havoc on an already flawed economic system. It is no secret that monopoly is legal in Lebanon (Articles 272 and 279 of the Lebanese Commerce Law and the Decree 34, August 5, 1964). What is less known is the extent to which this legislation has allowed the constitution of numerous oligopolies in the Lebanese entrepreneurial network. Statistical data in Lebanon is lacking but Fawwaz Traboulsi (Social Classes and Political Power in Lebanon, 2014) provides some. One thousand out of 25,000 importers are responsible for 90 percent of the Lebanese imports.

These powerful importers dominate the Lebanese Economic Organization set up in the 1960s and known for unfailingly opposing industrialists’ and workers’ demands, aiding and abetting the breaking of the unions in the late 1990s when new forms of capital ownership, holding companies, began to flourish. Traboulsi lists 38 among them Audi Holding, Azhari Family and F. Bassil Holding, which respectively own Audi, BLOM and Byblos the three alpha banks holding 50% of all the banking sector’s assets. As he recounts, in the 1990’s, to recapitalize the banks whose deposits fell from $12 billion (1974) to $3.5 billion (1987) the government issued T-bonds that paid interest between 20 and 42.5 percent to increase their profits making them the mainstay of the economy, bankrolling the state and constituting the principal speculator on state debt.

The government’s internal debt piled up, its service accounting for some 85-90 percent of budget revenues while the banks’ revenues increased the profits — and the shares out of these profits — of their major shareholders who used them to buy real estate. The result? Prices inflated, wages which constituted 35 percent of GDP in 1997 accounted for 25 percent in 2012, even as the GDP grew by 50 percent in real terms. Thirty billion dollars’ worth of wages were converted into return on capital from 1997 to 2012.

In sum, under financialization, oligopoly power in Lebanon grew, private wealth, greatly concentrated, spiraled, the unions were fragmented and dominated, labor power diminished and salaries/wages became stagnant given the freeze in wages and minimum rate from 1997-2012 while inflation was happening.

The inequality of income became extreme as did the inequality of wealth. According to researcher Lydia Assouad, the poorest 50 percent earned an average of $330 per month compared to $40,000 and $5,000,000 per month respectively for the richest 1 percent and 0.1 percent of Lebanese.

As for wealth inequality, a Credit Suisse study published in 1993 estimated that 0.3 percent of residents (8900 individuals) owned 48 percent of Lebanon's private wealth at the time.

This matters because people can have power concentrated in the hands of a few people, or they can have democracy but they cannot have both, as the American jurist Louis Brandeis wrote.

Democratic institutions flourish when the working and the middle classes have their fair share of the GDP and industry and agriculture are not overlooked for the benefit of financial oligopolies responsible only to their major shareholders — and, in the Lebanese case, politicians or PEP’s sitting on their boards to lobby the government on their behalf and make them serve their interests — with no responsibility to their employees who have few shares if at all.

Because of financialization and the revolving door between the oligopolies and the government, the power that comes from the people is channeled to a very small group of oligarchs.

Therefore, beyond the question of the innumerable economic, social and societal reforms to be undertaken, the issue at stake in the next legislative elections also lies in this choice of society: should we continue on this path which has led us to the abyss in terms of both economic efficiency and social justice? And that as Thomas Piketty says, although “some inequality is necessary for growth, extreme inequality can harm growth, reduce social mobility and lead to the capture of democratic institutions.”

Hilda Kammoun is an economist, her latest book: "The Great Divide" was published in 2022.

More than two years later, and despite the fading of the "thawra" of October 17, 2019, its rallying cry ("Killun Yaane Killun") continues to resonate in the minds of many Lebanese who, for lack of mobilization in the streets, remain convinced that change will necessarily come through the exit of a political system locked by clientelism and the instrumentalization of sectarian identities for the...