Mustapha Allouche rejects the idea of running independently in the general elections with the Future Movement’s support. 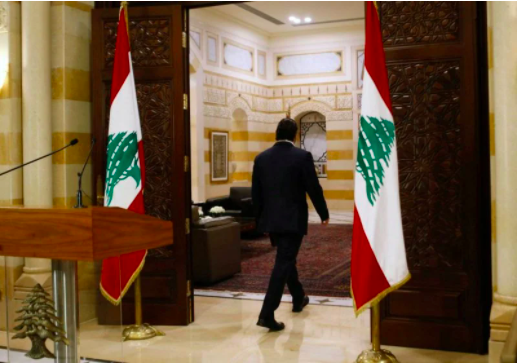 Hazy skies are ahead for the Harirists. After Saad Hariri announced that he was suspending his political career a few months before legislative elections, scheduled for May, the political landscape has never been so blurred.

Although rumors about Hariri’s withdrawal circulated for weeks ahead of his announcement, the fact that he “called on” the Future Movement members to boycott the election – probably at the Arab states’ request as some local media outlets reported – has taken many people aback.

Hariri, whose camp consists of nearly 20 members of parliament, is perceived as the leader of the Sunni community in Lebanon. In the wake of such a decision, a large portion of the political spectrum finds itself required to either withdraw or distance itself from Hariri.

Mustapha Allouche, vice president of the Future Movement, who is seen as a potential candidate in Tripoli, denied the idea of running as an independent candidate backed by his current party.

“When you are a member of the Future Movement, you cannot be labeled as ‘independent’,” he said, and added that he is as committed to the decision to boycott the election as Hariri himself.

“The Future Movement will neither present nor support any candidacy,” Allouche reiterated.

In this vein, some fear that the elections will be put off because they will not adhere to the national pact, in case all major Sunni figures decide to follow Hariri and boycott the election.

Bahia Hariri, Saad Hariri's aunt and guardian of his political heritage, has the same opinion. Several sources confirmed that the MP for Sidon is highly concerned that the doors of the Hariri house have shut.

But the former prime minister was clear when he urged his political family members to stay out of the electoral contest.

“Bahia Hariri fully backs her nephew’s decision,” one of her advisers told L’Orient-Le Jour, and explained that the Sunni MP and the movement’s executive officials meet on a regular basis.

“We will go on with the face-off”

The fact that Hariri will not take part in the May 15, 2022, polls will bring major changes to the Sunni arena, leaving a vacuum that several figures will seek to fill. These figures include Fouad Makhzoumi, a Sunni businessman, Bahaa Hariri, Saad's older brother, as well as those representing Islamist groups, civil society or even pro-Syrian Sunnis.

Following the Oct. 14 Tayyouneh clashes, the popularity of Lebanese Forces leader Samir Geagea climbed among the Sunnis, as he appeared as the only one capable of standing up to Hezbollah. Geagea, who gives high priority to the elections, seeks to build electoral alliances with Sunni figures.

There are also other figures close to Hariri, such as former Prime Minister Fouad Siniora, who is viewed as someone capable of mobilizing more traditional Sunni figures, perhaps from the Future Movement, in order not to leave the stage to newcomers.

Siniora refused to comment to L'Orient-Le Jour on the matter for the time being. However, he tweeted yesterday in reaction to Hariri’s decision: “My brother Saad, I am with you, despite your decision. I am with you, even if they don’t like it.”

Outside of the battle for Sunni seats, the challenge is not the same. Hady Hobeiche (Maronite/Akkar), a member of the Future parliamentary bloc, is more subtle.

“It all depends on how you see things. Saad Hariri is a statesman. He analyzes the situation from a national point of view, and he is well aware that even if we win a parliamentary majority, it will be impossible for us to rule without having Hezbollah in this political system. This is why he chose not to take part [in the election], even if it implies leaving the door open to those who think they can make a difference,” he said.

Nevertheless, Hobeiche has a different perspective. “For me, I have always been an MP in order to serve my area first and foremost, I know that I have a limited impact at the national level,” he added.

Does it mean that Hobeiche, who hails from a political family in Akkar, could still run in the election? “I will not comment on that at the moment,” he said.

Irrespective of the election’s results, no one within the Future Movement believes that the party is dead.

“We will go on with the political face-off, but in a different way,” Allouche said. “We tried through [previous] elections, and it didn’t work. Why remain in Parliament if the only one we can elect as its speaker is Nabih Berri, so as not to undermine the Shiites’ rights? We do not want to be part of a Parliament of stagnancy and sectarianism anymore. We are leaving it to those who want to take our seats. The face-off will occur somewhere else from now on,” he said.

Hobeiche shares the same opinion in this regard. For him, the Future Movement must “mobilize support for an international conference on Hezbollah’s arms.” For him, that is the only way to bring about real change.

This article was originally published in french in L'Orient-Le Jour. Translation by Joelle El Khoury

Hazy skies are ahead for the Harirists. After Saad Hariri announced that he was suspending his political career a few months before legislative elections, scheduled for May, the political landscape has never been so blurred.Although rumors about Hariri’s withdrawal circulated for weeks ahead of his announcement, the fact that he “called on” the Future Movement members to boycott the...