According to Hezbollah circles, the party hopes to restore the previous status-quo and ideally see the release of funds from Tehran as a result of a nuclear deal 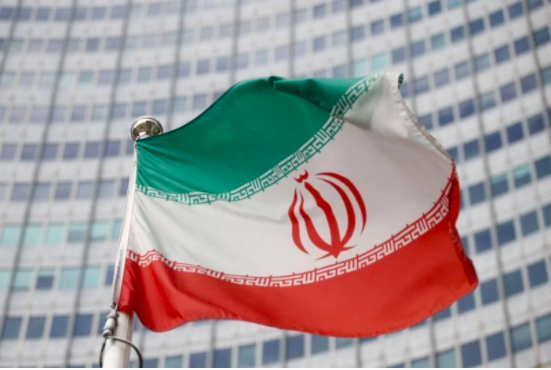 The fact that Hezbollah and its weapons are not an issue in Vienna is reassuring to the Shiite party and its allies. (Credit: Lisi Niesner / Reuters)

In recent days, there has been increasing optimistic talk about an imminent outcome of the Vienna negotiations on the Iranian nuclear deal.

While positive statements have mostly been made by the Iranian side, with the West continuing to tread carefully in its public pronouncements, a breakthrough could possibly take place soon.

In Lebanon, observers have their eyes riveted to the Austrian capital and have already begun to analyze the impact that a possible agreement with Tehran could have locally, in terms of power dynamics on the ground, and especially in relation to Hezbollah’s status.

Almost all pundits agree on one thing: Iran’s interference in the region, or the role of its Shiite proxy in Lebanon, Hezbollah, is unlikely to have been discussed alongside Tehran’s nuclear program.

“Lebanon is far from being a central subject in these negotiations. This is especially true since Israel has adopted its own national strategy to manage and meet Iran’s and Hezbollah’s threat,” Hassan Mneimneh, a non-resident scholar at the Middle East Institute in Washington, told L’Orient-Le Jour.

“This is not to mention that Lebanon is no longer seen by the United States ‘from a humanitarian crisis angle,’” he added.

The fact that Hezbollah and its weapons are most likely to be overlooked at the Vienna talks is reassuring to the Shiite party and its allies, who are pinning hopes on seeing Iranian funds flow in their direction.

Any agreement reached between Tehran and the West will necessarily have to be accompanied by the lifting of crippling sanctions on Iran, which paralyze its freedom of trade among other things.

Since the noose was tightened around the Islamic Republic, Tehran has almost completely halted its financial aid to the Lebanese Shiite party.

“As long as Hezbollah is excluded from the talks, it will be spared any negative fallout,” Mohammad Obeid, an analyst close to the pro-Iranian party, told L’Orient-Le Jour.

After a five-month hiatus, negotiations to save the 2015 deal, which was supposed to prevent Iran from acquiring nuclear weapons, were picked up at the end of November 2021 in Vienna between Tehran and the countries that are still party to the deal, namely France, the United Kingdom, Germany, Russia and China. The US is participating indirectly.

Undoubtedly, a deal between the West and Iran, if it were to be reached soon, could ease pressure on Tehran and even strengthen its position in the region.

The pertinent question, however, is how much room to maneuver Tehran and its ally in Lebanon, i.e., Hezbollah, could have?

Will Iran emerge as strengthened as it was back in 2015, when the first agreement with the US was concluded, and which Washington withdrew from three years later in 2018, under former President Donald Trump?

This is a question that is difficult to answer definitively at the moment, given the confidentiality surrounding the progress of the negotiations.

During his weekly press conference in Tehran, the spokesperson for the Iranian Foreign Ministry, Said Khatibzadeh, announced on Monday “good progress on the four dossiers under discussion: the lifting of sanctions, the nuclear issue and the obtaining of verifiable guarantees.”

It is probably on these optimistic statements that Hezbollah is counting, and it hopes positive repercussions for Iran in the region and for itself in Lebanon will follow.

Kassem Kassir, a political analyst close to Hezbollah, believes that some sort of tacit agreement could be concluded between Tehran and the West, determining Iran’s future role in the region — a role that would serve to alleviate tensions.

Ali Fathollah-Nejad, a research associate at the Centre of International Cooperation and Development Research (CECID) and an expert on Iranian issues, does not seem to concur with Kassir.

For him, there could at most be a call for Iran to work for detente in the Middle East, much like what was already provided for in the preamble to the 2015 deal.

“This call would rather be made with the objective of smoothing relations between Iran and Saudi Arabia, as the latter wishes to be reassured about its security, and not in relation to Lebanon,” Fathollah-Nejad said.

Outside of Hezbollah circles, few analysts share the same optimism expressed on the Iranian side.

The three European countries and the US expressed pessimism over the threat of a military operation against Iran, led notably by Israel, which loomed over the talks.

On Sunday, Israel once again expressed its fears and reiterated warnings.

"Israel is not bound by what will be written in the agreements, if they are signed, and Israel will continue to maintain full freedom of action anywhere any time, with no constraints,” Israeli Prime Minister Naftali Bennet said.

The scenario of an Israel-provoked war is plausible, according to several experts, especially if the Vienna talks falter. This would obviously raise fears of a response from Hezbollah from South Lebanon.

Mohanad Hage Ali, a research fellow at the Carnegie Middle East Center, is skeptical about a deal materializing soon, especially with increasing signs of escalation in the region rather than calm.

“The problem is not only with the Iranian side, but also the Americans. The question is whether the US is ready to give Tehran all the guarantees it is asking for,” Ali said.

In Washington’s eyes, Iran’s conditions are extremely difficult to meet.

Tehran is calling for the lifting of all sanctions, which is not within the US executive branch’s remit, but that of Congress, which voted on keeping most of them in place.

Iran is also demanding that the US commit itself in the future not to withdraw from the agreement as Trump did — a request that is constitutionally impossible, as the current administration cannot decide on behalf of future governments.

According to Ali, a deal seems a long way off at the moment. Perhaps there will be an interim partial agreement, which seems the best-case scenario. “But nothing will be similar to the 2015 agreement anymore,” he added.

This means that the Americans would then lift some of the sanctions and Iran would make some concessions in return. In this case, it is unlikely that Tehran would cede anything in relation to Lebanon, with Hezbollah being its trump card in the region.

In recent days, there has been increasing optimistic talk about an imminent outcome of the Vienna negotiations on the Iranian nuclear deal.While positive statements have mostly been made by the Iranian side, with the West continuing to tread carefully in its public pronouncements, a breakthrough could possibly take place soon.In Lebanon, observers have their eyes riveted to the Austrian capital...