Here’s what happened yesterday and what to expect today, Tuesday, Nov. 2 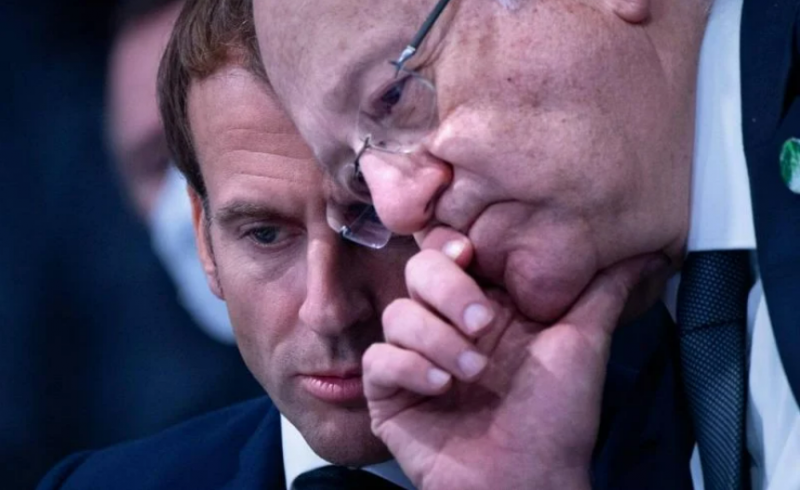 Lebanon’s diplomatic rift with Saudi Arabia dominated its government ministers' discussions and remarks on the sidelines of COP26 UN summit on climate change in Glasgow yesterday. Prime Minister Najib Mikati raised the matter with both his Kuwaiti counterpart and Qatar’s emir, reassuring them of Lebanon’s eagerness to maintain good relations with Gulf Cooperation Council members. Lebanon’s relationship with the Gulf Arab states has been on shaky footing since late last week when comments from Information Minister George Kurdahi criticizing Saudi Arabia’s interference in the Yemen war prompted the kingdom and three other Gulf states to sever diplomatic ties with Lebanon. The kingdom also imposed a ban on all Lebanese imports. While Kurdahi on Sunday said he would not resign over the incident, Environment Minister Nasser Yassin, who is in Scotland alongside Mikati for the COP26 conference, told Al Jazeera yesterday that “Kurdahi’s resignation was presented as one of the measures” that could aid in resolving the rift. Yassin added that the matter will be discussed in the coming days. Relations between Beirut and the kingdom have grown increasingly strained this year. In May, then-caretaker Foreign Minister Chabel Wehbi was forced to resign over remarks he made that offended the kingdom, and a ban on Lebanese produce imports has been in place since April when Saudi officials said they had found more than 5 million captagon pills in a shipment of pomegranates sent from Lebanon.

Lebanon’s long-running English-language newspaper, The Daily Star, yesterday officially informed its staff that it was closing its doors. The paper, which is indirectly owned by the Hariri family, had been struggling financially for years and had gone through several monthslong delays in paying staff. “With a heavy heart, I regret to inform you that a decision has been made to lay off all staff at The Daily Star as of October 31, 2021,” editor-in-chief Nadim Ladki said in an email sent to the publication’s employees yesterday. The newspaper, which was first issued in 1952, had suspended its print version early last year. Then, last month it also suspended its website. Sources at the paper told L’Orient Today at the time that the latter move was intended to pressure the publication’s owners to invest funds to save the paper.

Harmful air pollution in Lebanon may have climbed by 300 percent from pre-crisis levels due to diesel generator dependence, researchers say. Over the weekend, a group of researchers led by the director of the American University of Beirut's Nature Conservation Center, Najat Saliba, released a statement estimating that with the increased use of generators to bridge state power outages in excess of 20 hours per day across much of the country, “toxic emissions” may have risen by as much as 300 percent. Saliba told L’Orient Today that the researchers were referring specifically to particle bound toxins and will be conducting data soon to test the actual level of air contamination. The researchers predict that such an increase would result in an additional 550 cancer cases annually and an estimated 3,000 people developing pulmonary diseases, as well as some 500 hospital admissions due to cardiovascular disorders, such as strokes, costing the public health system $8 million per year. The researchers, however, based their forecast on a worst-case scenario in which diesel generators run 24 hours a day. Currently there is still, albeit scant, a number of hours each day when state power is available, at least in some areas. Moreover, the cost of diesel and wear and tear on the machines has pushed generator operators to ration their hours of operation, which means in many buildings generators are shut down for several hours each day.

The public administration employees' association announced that it will begin an open-ended strike starting Thursday over the deterioration of its members’ salaries’ value. The association released a statement yesterday saying that for more than five months it has put off embarking on such a strike “in order to ensure the continuity of the public administration in securing the affairs of citizens” but that it is now “very concerned about the continuity of the staff … as we can not afford to get [our children and families] the most basic necessities.” The more than 90 percent loss of Lebanon’s national currency’s value has dramatically eroded the purchasing power of lira earners, many of whom earn salaries that have not been adjusted since before the onset of the economic crisis in 2019 and have not received any concessions in lieu of the effective end of state subsidies on many essential imports. Meanwhile, ​​employees at Saida Governmental Hospital yesterday called off their monthlong strike, saying that the hospital will resume accepting patients as of today and claiming the hospital management and the Health Ministry have agreed to cooperate to meet their requests to improve their working and living conditions.

Want to get the Morning Brief by email? Click here to sign up.Lebanon’s diplomatic rift with Saudi Arabia dominated its government ministers' discussions and remarks on the sidelines of COP26 UN summit on climate change in Glasgow yesterday. Prime Minister Najib Mikati raised the matter with both his Kuwaiti counterpart and Qatar’s emir, reassuring them of Lebanon’s eagerness to maintain...