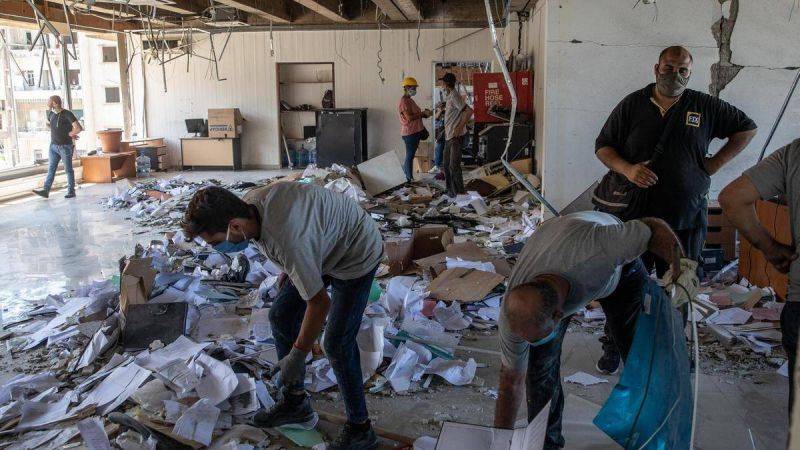 Months after the devastating explosion of Aug. 4, the Port of Beirut does not seem to be the only victim of institutional collapse. Amid a severe and ongoing economic crisis combined with an increasing health crisis, several vital sectors — telecommunications, solid waste, water service, etc. — are also impacted, and at the top of this list lies the electricity sector.

While national electricity production has already fallen significantly (around 19 percent year-on-year over the first 11 months of 2020), the risk of facing longer hours of blackouts in the coming months is no longer inconsiderable.

The outlook for fuel procurement remains unclear. Official confusion is still a major hurdle with regard to launching a transparent tender to secure fuel oil for power plants. Assuming this tender succeeds in moving forward soon, the main challenge lies in attracting international companies that require prior financial guarantees and securing the needed foreign currencies (US dollars) through Lebanon’s central bank, whose reserves are already dwindling and which has been pushing toward rationalizing the fuel peg.

The Aug. 4 blast has left Lebanon’s public utility, Électricité du Liban, with severe damages and losses, destroying its headquarters in Beirut’s Mar Mikhael area, as well as the National Control Center and the nearby distribution station. Employees were obliged to return to traditional methods of control through the normal means of communication, which hinders and prolongs any repair and maintenance processes. In addition, these employees were forced to move due to the damage to the headquarters building, working from regional EDL offices or in temporary, prefabricated offices near the headquarters, and left wondering about reconstruction activities that have not yet started.

EDL was already suffering from a fragile financial situation, which was exacerbated by the severe economic crisis the country is witnessing. This has been reflected in the shortage of necessary funds in foreign currencies that the utility needs for suppliers of equipment and spare parts for maintenance. On the other hand, it also has accrued outstanding dues to the power barge supplier, Karadeniz, to the the power plants’ operations and maintenance contractors, and to the distribution service providers, or DSPs, amounting to around $300 million to $320 million at the end of 2020 and risking the termination of operations.

Concerns over long hours of blackouts are becoming serious. An alert has already come in recent weeks, with Primesouth, the operations and maintenance company of the Deir Ammar and Zahrani power plants (producing around 40 percent of Lebanon’s total capacity), announcing its inability to work normally unless it is paid outstanding contractual dues from 2020. The caretaker prime minister held an emergency meeting to convince the company to delay any suspension of operations.

Meanwhile, the contract ends in September for the power barges, which were initially brought in as a temporary solution in 2013 but have remained operational until now, supplying around 20 percent of national production. The DSPs’ contracts are due to expire this December, but no talks have yet been held on how to handle the issue.

This crisis is expected to get worse if the lira is floated, not only causing power generation capacity to decrease, but also leading to major challenges regarding the electricity grid and an increase in technical losses. Collection of bills has also been affected, a decline estimated at around 20 percent off of normal rates.

A large part of the financial drain is caused by electricity tariffs that have remained unchanged since 1994 at approximately 9.3 cents per kilowatt-hour and paid at the official rate, limiting the effectiveness of any technical solution for sector reform. Any increase in the tariff in light of the current crisis will have severe social consequences, and should be carefully studied. Thus, any proposal tackling the issue of tariffs should take into account the possibility of maintaining the subsidy for small consumers and removing it for larger ones. Also, it should address the issue of delays in billing and collection before increasing the tariffs, as all bills issued today date back more than a year.

On the production side, it is likely that all projects that were set to be implemented as part of consecutive electricity plans have become unfeasible in light of the financial and economic crisis. A lack of the necessary investment environment has has weakened the appetites of energy companies, which are waiting for the green light from their governments before launching any projects in Lebanon. No short-term solution is therefore conceivable unless the root causes of the crisis are addressed.

Based on all these facts, it appears that the electricity sector is facing a complete collapse: the destruction of institutions, the deterioration of services, and concerns about the future of employees and the ability to secure electricity for citizens.

Addressing the reform of Lebanon’s electricity sector without tackling its political component has become unrealistic. Law 462 of 2002, which governs the sector, aimed to limit political interference through appointing an independent Electricity Regulatory Authority and assigning all technical decisions to it. But 19 years on, the members of this commission have still not been appointed.

The electricity sector has always been seen as a tool to maintain clientelism by distributing jobs, sharing services and subcontracting contracts. This status quo has come to deadlock with a worsening economy, and we urgently need to separate political bickering from the provision of electricity.

It has become imperative today to launch a national dialogue on the electricity sector that results in a major, consensual decision to withdraw politics from energy-related matters, and to open the way for international companies to compete technically and financially as in other countries. Such a historic decision should be complemented by developing a vision and a plan for the next decade that puts Lebanon on the path to energy transition. Otherwise, and in the absence of quick initiatives, the Lebanese people should expect the worst.

Marc Ayoub is an energy policy researcher at the Issam Fares Institute for Public Policy and International Affairs at the American University of Beirut.

Months after the devastating explosion of Aug. 4, the Port of Beirut does not seem to be the only victim of institutional collapse. Amid a severe and ongoing economic crisis combined with an increasing health crisis, several vital sectors — telecommunications, solid waste, water service, etc. — are also impacted, and at the top of this list lies the electricity sector.While national...