In Lebanon, PCR tests for coronavirus are plentiful but problematic

As another wave of COVID-19 floods Lebanon, specialists raise questions about the country's screening strategy, particularly in terms of accessibility to PCR testing — which has become a business like any other 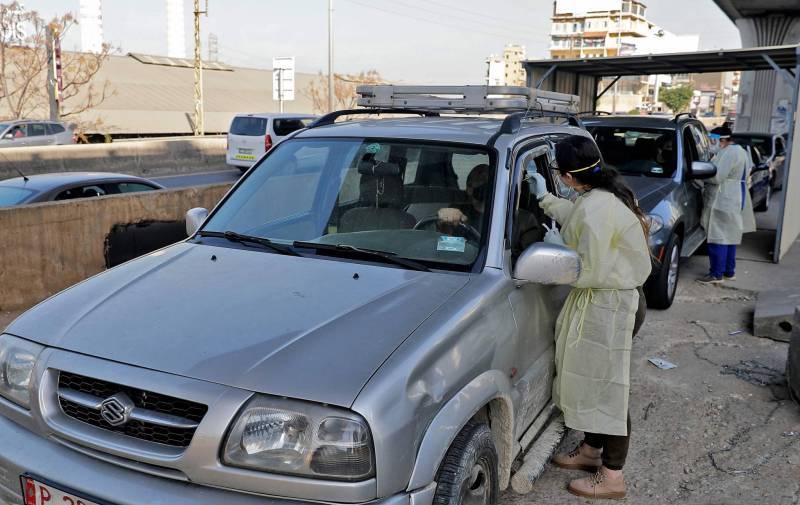 It has become a ritual for the Lebanese to wait each evening for the daily numbers issued by the Health Ministry telling how many people have died from COVID-19 and how many have tested positive for the disease. Since the holiday season, each day brings macabre news.

For many experts, however, these statistics do not give a true account of the reality on the ground.

“The numbers of COVID-19 cases in Lebanon are certainly underestimated,” says Rita Feghali, the head of the laboratory department at Rafik Hariri University Hospital in Beirut.

“I am not saying that there are few screening tests. On the contrary, the number of PCR tests carried out daily is quite high,” she adds.

According to the worldometers.info site, which provides real-time statistics on coronavirus from around the world, Lebanon ranks 58th among 220 jurisdictions in the world in terms of its PCR test rate per million of its population.

“The WHO recommends testing about 0.2 percent of the population per week. In Lebanon, this rate has recently reached 2.5 percent,” says Hala Habib of the World Health Organization.

So, the pertinent question is, why is this extremely high rate of testing not bearing fruit in terms of curbing the spread of the virus?

“The problem is that it’s not always the right people who are getting tested,” Feghali says.

Her argument appears to echo that of Michèle Kosremelli Asmar, the head of the Higher Institute of Public Health at St. Joseph University.

“Some people in underserved and overcrowded areas do not have the same ease of accessibility” to PCR tests, Asmar says.

For her, one of the main challenges facing these people is “the cost of the test, which leads to significant disparities in accessibility.”

“This issue cannot be approached from a conventional price perspective. Rather, it should be discussed while taking into account accessibility and equity,” she explains.

Firass Abiad, RHUH’s director, confirms that “there is clearly an accessibility problem.”

While the government has set the private laboratory price for a PCR test price at LL150,000 (roughly $17 at the current market rate), which is a lower price than that found in many other countries around the world, the test remains inaccessible for a significant portion of the population that has been impoverished by the economic crisis.

“Imagine a poor family of four children, all of whom have to get tested. This would cost them the equivalent of the [monthly] minimum wage,” laments Abiad.

The result: an entire social category finds itself cut off from the screening strategy and may unknowingly continue to spread the virus.

There have been efforts, however, to overcome this problem.

“In public hospitals like ours, tests are cheaper than in the private sector. A PCR test at Rafik Hariri University Hospital costs LL75,000,” Abiad says.

A person showing symptoms can even get tested for free at a state facility, at the expense of the Health Ministry, which would “pay us in kind with swab kits,” explains the hospital director.

A part of the PCR kit is funded by WHO, which offers PCR tests to the government, according to Habib.

However, “the ministry does not cover individuals who have been in contact with a person who has tested positive,” Feghali says.

Getting tested on a whim

The result is that in the most disadvantaged areas, people are not getting tested enough, while elsewhere, some do it a little too much.

“A lot of people take the PCR without really needing it. This is because the private sector has turned this examination from a necessity to an urge through a marketing campaign,” Abiad says.

“Like any party in the private sector, labs want to leverage investments and make profits. But medical care should not be seen as just any other service, especially in the context of a pandemic,” he argues.

Private labs, however, deny taking advantage of the situation.

“The diagnostic test for SARS-CoV-2 by the amplification technique commonly known as the RT-PCR (reverse transcription polymerase chain reaction) requires an investment in expensive laboratory equipment and the involvement of specialized personnel,” explains Myrna Germanos, head of the Lebanese Syndicate of Medical Laboratories’ Owners.

“The consumable material used [in tests] amounts to nearly LL80,000, with only part of it subsidized by Banque du Liban, which covers biological testing in general. The rest is reimbursed at the dollar rate on the black market, to which is added the cost of contingencies, staff remuneration and other expenses related to laboratory management,” she adds.

This material is necessary for the handling of samples, known in medical jargon as the “preanalytical phase.” Once the sample is taken, it must be analyzed using the PCR machine, a thermal cycler, which costs between $20,000 and $50,000, depending on the machine’s efficiency.

“Obviously, a machine certified by the US authorities costs more than a machine that is not,” Germanos says.

For more accurate results, labs can also opt to use an extractor, which can cost up to $30,000, according to the syndicate head.

Accounting for the aforementioned costs and the labor costs together, the lab’s profit margin would amount to around LL50,000 per test.

“But the margins decline when the number of infections is high,” Germanos says.

“In fact, we sometimes use a technique known as pooling, which is approved by scientific authorities and consists of testing up to five samples together in order to achieve economies of scale.”

Germanos explains that “if the result of this aggregate of samples is negative, then we can affirm that none of the samples carries COVID-19. But if the test result turns out to be positive, we then have to test each sample separately. At the start of the pandemic, when the infection rate was below 2 percent, it was possible to use this technique. But now, the risk of a sample being positive is so high — 30 percent in some areas — that it would be absurd to resort to this process.”

Despite the profit margins, USJ’s Asmar is not critical of labs.

“The profit the laboratories make is certainly quite high, but it is a way for them to ensure a rare direct and fast cash flow,” she says, noting that “it’s up to the Health Ministry to play a regulatory role here, and to find ways to offer free testing when needed.”

She goes on to explain that “it is equally important to clearly communicate the criteria related to the need to take a PCR test, and when to repeat it. This should not be automatic: a person diagnosed positive can end their isolation according to certain criteria without having to retest. This is scientifically proven and indicated.”

Feghali, for her part, says that “we must also raise awareness among the medical community. Doctors ought to guide their patients, tell them when and why to take the PCR test.”

This article was originally published in French in Le Commerce du Levant. Translation by Sahar Ghoussoub.

It has become a ritual for the Lebanese to wait each evening for the daily numbers issued by the Health Ministry telling how many people have died from COVID-19 and how many have tested positive for the disease. Since the holiday season, each day brings macabre news.For many experts, however, these statistics do not give a true account of the reality on the ground.“The numbers of COVID-19...