Salah Honein is officially a candidate for president

Pushed by the Change Forces, this constitutional lawyer and former MP received his first vote in Thursday’s session. 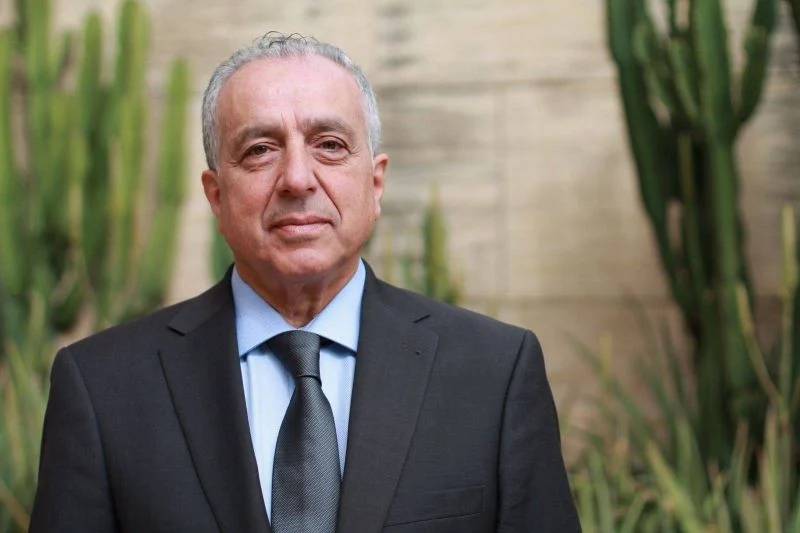 For many of the Change Forces, he is the ideal consensus candidate for president. He could also receive support from opposition parties, such as the Lebanese Forces, the Kataeb and the Progressive Socialist Party, if they do not succeed in getting their candidate Michel Moawad elected.

In Parliament Thursday, Salah Honein obtained his first vote from one of the 105 MPs who attended in the ninth parliamentary session dedicated to electing a president — which failed to elect a successor to Michel Aoun. The lone vote was cast by MP Michel Douaihy (Zgharta/ protest movement).

“In this political landscape, I am convinced that Salah Honein, who needs no introduction, is endowed with the eloquence and political will necessary for change,” Douaihy told L’Orient-Le Jour. “That is why his name is among the political figures we suggested in the Change Bloc’s consultative meetings,” said the MP, who left the bloc in October while continuing to communicate and cooperate with its members.

Honein just announced his candidacy for the head of state. “Yes, unequivocally, I am a candidate for the presidency,” he told L’Orient-Le Jour. “With the vision and priority at this stage to lead the battle to restore the state, its sovereignty, its constitution and its institutions.”

Bassil challenges Nasrallah: Tie between Moawad and the blank ballot

He made the announcement Wednesday at the National Bloc headquarters, during a question-and-answer session, where he acknowledged being the candidate of protest movement MPs with whom he met several times.

That movement (12 MPs since Rami Finge’s election was overturned, 10 of whom remain united in the same bloc) have given him only one vote. “We are the first to suggest Salah Honein’s candidacy for the presidency, because he is the ideal rescue candidate, reformist, with impeccable ethics,” said MP Paula Yacoubian.

In September, some members of the opposition had proposed his name but the LF and PSP did not follow suit. While change MPs did not vote massively for him, it was “to avoid [him having] very few votes.” These MPs “plan to engage with other parties to ensure that Honein gets as many votes as possible,” said Yacoubian, hoping that the issue will mature after the New Year.

Najat Aoun Saliba is among the change MPs who said they are “impressed by Honein’s positions, by his seriousness and his independence,” and consider him “a consensus candidate par excellence, if there is no consensus around Michel Moawad.”

It should be noted that Honein made the effort to announce his candidacy.

Dissonant voices have been raised among the elected protest movement’s representatives. “My choice is Issam Khalifeh [historian and former professor at the Lebanese University],” said the MP Halimé El Kaakour, who opposes the search for consensus between the two March 14 and 8 camps.

Within the traditional political class, the name of Honein is also beginning to circulate. MP Wael Bou Faour of the PSP tweeted that the parliamentary bloc could support the former MP (his former ally), “after discussions with other blocs.”

“Salah Honein is among the options available, but for now, the candidate Moawad remains our standard-bearer,” said MP Marwan Hamadeh. These remarks were confirmed by party leader, Walid Jumblatt. “Salah Honein was part of the Democratic Rally,” said the Druze leader, adding that “opting for his candidacy, or that of another candidate, must result from a joint decision with the other major political blocs,”

Who is Salah Honein?

Salah Honein, 66, has been married since 1988 to Astrid Opden-Bosch and is father of two grown children. As a constitutional lawyer, he has been acclaimed by their peers. As an MP, he always considered politics to be a responsibility rather than a legacy. He is the son of Edouard Honein, former education minister and MP for Baabda, and entered politics after the elder Honein’s death in 1992. A student of the Jesuit fathers, he holds a Ph.D in international law from the University of Southampton (UK), grew up in the village of Warwar, in a green and protected environment.

After returning from the UK, Honein set out to explore the localities in Baabda, to which he had no access during the Civil War. He first went to meet the families of Burj al-Barajneh and Ghobeiri, in Beirut’s southern suburbs. For four years, he held meetings with local communities throughout the region. His first electoral experience dates back to 1996, when he tried his luck as an independent candidate in parliamentary elections. Although he was not elected, he did obtain enough votes to have a political presence and to prepare for the next election.

In 2000, Honein ran for parliament as part of an alliance among Jumblatt, Amin Gemayel (Kataeb party) and the LF, with the aim of fighting the Syrian presence in Lebanon. The alliance, which was supported by Rafik Hariri, did not measure up to the status quo list chaired by Naji Boustani. Ultimately the entire Baabda-Aley list was elected, except for candidate Abdo Bejjani.

Willing to take a political stand

Honein represented Baabda district in the Parliament for a single term (2000-5). He was one of the founding figures of the Qornet Shehwan Gathering (2001), which claimed to be part of the anti-Syrian opposition, under the sponsorship of the Maronite Patriarch Nasrallah Sfeir.

“Without a doubt, Salah Honein was the most stabilizing element of Qornet Shehwan, a man of great quality, guardian of the values of the Lebanese Republic,” former MP Fares Souaid, founder of the gathering, told L’Orient-Le Jour. It is also during that period that the United Nations Security Council adopted Resolution No 1559 (2004), which called for the respect of Lebanon’s sovereignty and political independence, in order to prevent Syria from extending the term of then President Emile Lahoud.

Honein is among the few political figures who do not hesitate to openly commit to implementing 1559. “He has shown courage. He has never been afraid to take a political stand,” said Souaid.

Keen to broaden the opposition and to include other Lebanese parties, Honein participated in the transformation of the Qornet Shehwan Gathering. The ensuing Bristol Meeting, which brought together Christian opposition parties and allies from other communities (notably Walid Joumblatt and Rafik Hariri) as well as the alliance of left-wing movements, to form an anti-Syrian coalition. The Hariri assassination of Feb. 14, 2005 led to the formation of the March 14 coalition, in which Honein participated. In 2005, Honein withdrew from the electoral battle, after being rejected from the Bristol Meeting list in favor of LF candidate Edmond Naïm. He ran again in 2009, but lost the battle. He remained active within his law firm.

Honein also continued to put forward ideas, often in writing, and to invest himself with determination in the search for a formula to build a state. His credo is to face up but until a confrontation or a clash. His project is first to ensure a decent life for the population by putting an end to corruption, in order to win the confidence of the public opinion. Only then will dialogue with Hezbollah be possible, under the principle of the unity of the people, territory and institutions, because there can be no statesmanship with two peoples or two armies.

“He is the consensus man par excellence,” said Souaid. “He is capable of rounding off the angles for the good of the country, while being the guardian of the democratic principles of the Republic.”

This story was first published in French in L'Orient-Le Jour, translated by Joelle Khoury

For many of the Change Forces, he is the ideal consensus candidate for president. He could also receive support from opposition parties, such as the Lebanese Forces, the Kataeb and the Progressive Socialist Party, if they do not succeed in getting their candidate Michel Moawad elected.In Parliament Thursday, Salah Honein obtained his first vote from one of the 105 MPs who attended in the ninth...