Nine months on, families of the victims of the Beirut port explosion await justice 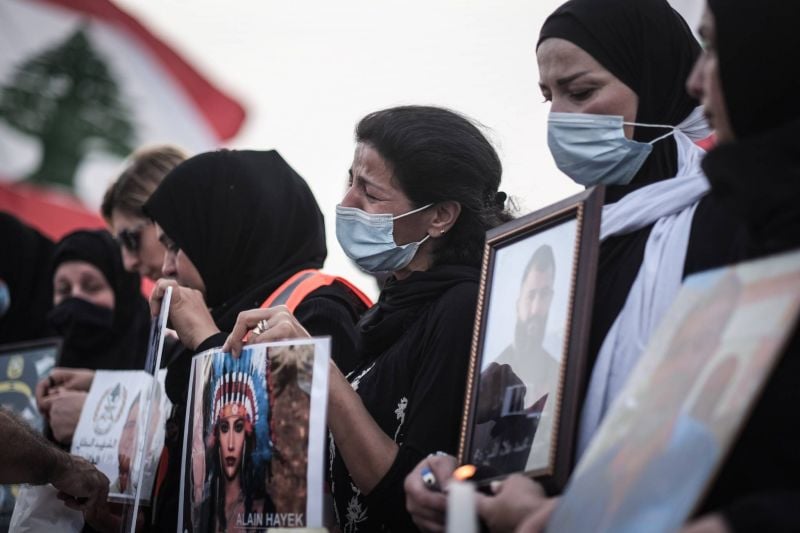 Family members gathered on the nine-month anniversary of the Beirut port explosion to mourn loved ones who died in the blast. (Credit: João Sousa/L’Orient Today)

BEIRUT — On the fourth day of every month since the Aug. 4 Beirut port explosion, the families of those who were killed stand in front of the blast zone’s epicenter, candles alight, awaiting answers yet to be given and justice yet to be served.

The candles are lit at 6:08 p.m. — the exact time the blast ripped through the city, killing more than 200 people and wounding thousands more.

“We will not let people forget. … We will not stay quiet, and we will raise our voices until there is justice,” Kayan Tleis, the head of the committee of the families of Beirut port martyrs and the brother of Mohammad Tleis, who was killed in the explosion, told L’Orient Today. 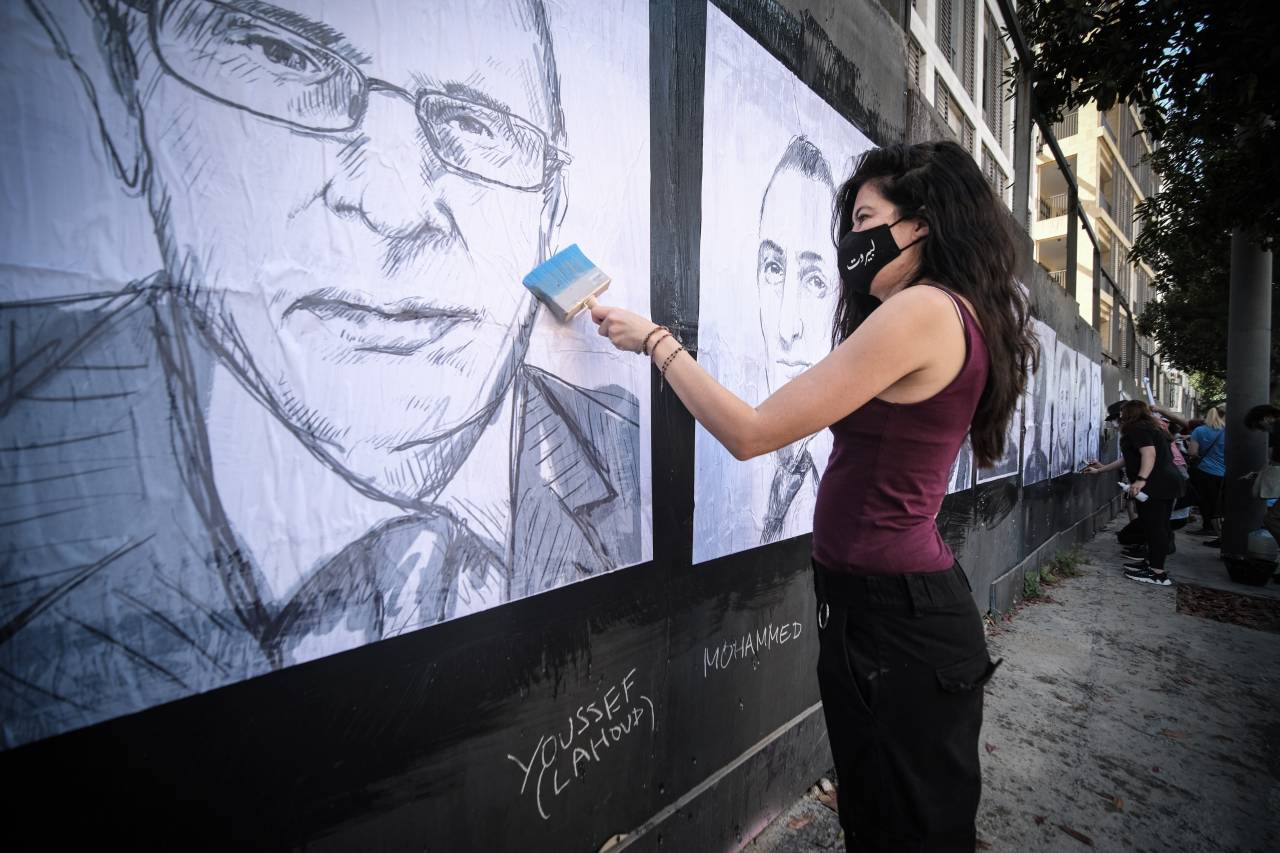 A family member plasters the likeness of a victim of the blast in Beirut. (Credit: João Sousa/L’Orient Today)

Tuesday marked nine months since the blast — one of the biggest nonnuclear explosions in recorded history. The explosion was caused by a fire of unknown origin that ignited 2,750 metric tons of ammonium nitrate haphazardly stored by authorities for six years in a port warehouse mere meters away from residential areas. The blast destroyed swaths of Beirut, and hundreds of thousands of residents had their homes and businesses damaged and lost.

But almost a year later, Lebanese authorities have provided scant details to the public on slow-moving investigations into the cause of the blast. No one has been held accountable, despite evidence showing that officials had known about the ammonium nitrate for years.

In February, the Court of Cassation, a body that rules on the constitutionality of laws and electoral disputes, removed Judge Fadi Sawwan as lead investigator into the explosion after two former ministers he had charged with criminal negligence requested that the case be transferred to a new judge. Many feared the move would take the already sluggish investigation back to square one.

Judge Tarek Bitar was appointed to replace Sawwan by Lebanon’s Higher Judicial Council and has been working on the case for two months.

Tleis said the committee, which includes about 130 families of people who died in the explosion, had met with Bitar three times so far.

“In the last meeting we had with him, two weeks ago, he said he would not leave any criminals outside prison,” Tleis said. 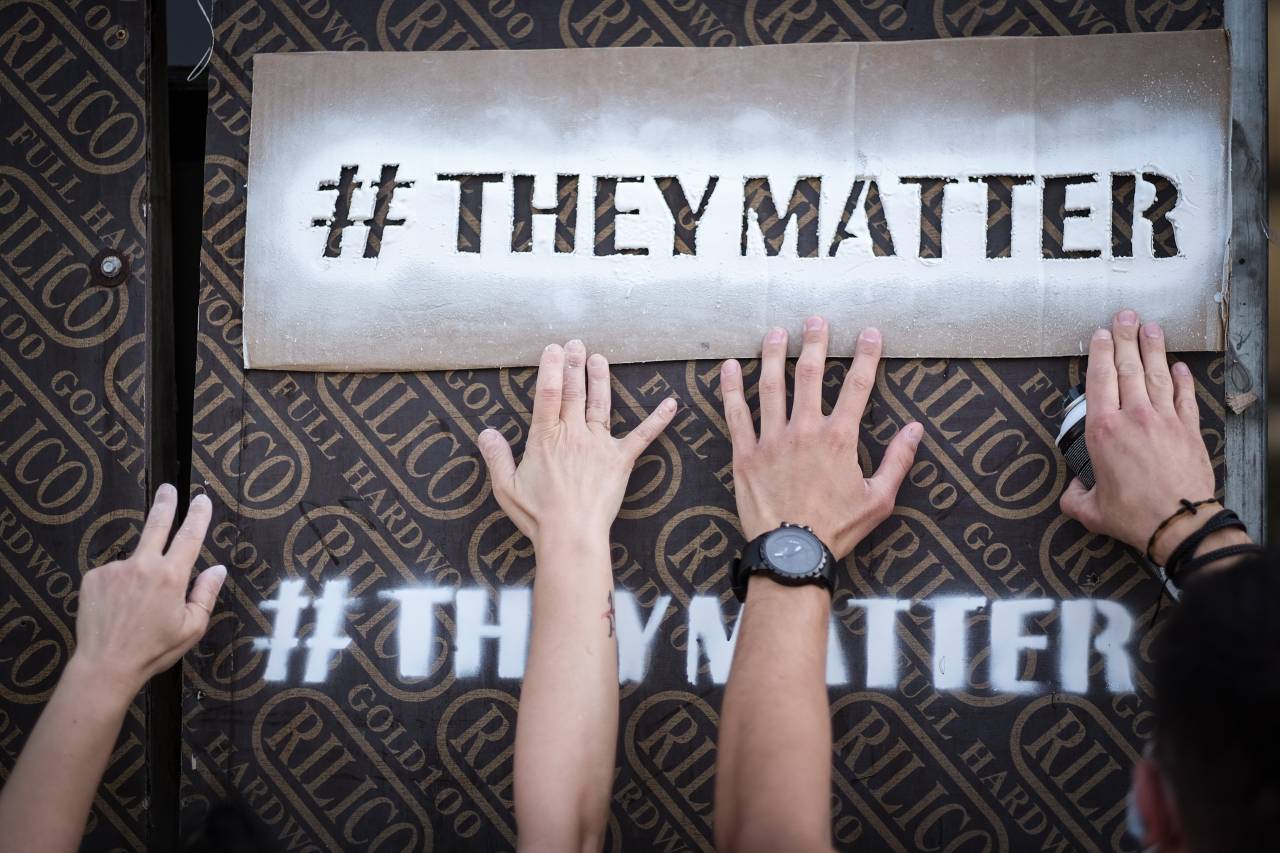 Family members spray-painted the hashtag "#TheyMatter" on a wall in Beirut on the ninth anniversary of the blast. (Credit: João Sousa/L’Orient Today)

Bitar on Tuesday issued 13 judicial requests to countries that operate satellites over Lebanon, asking to be provided with photos of the Beirut port site, a judicial source confirmed to L’Orient Today. The source said the countries include the US, Germany, Japan and Russia, and that it was the first time they had been asked for satellite imagery. Sawwan had previously asked for satellite images of the port from France but was not provided with any. New witnesses are also expected to appear in front of the judge, but their names have not been disclosed for their protection, the source added.

Although Tleis said he is hopeful that Bitar will keep his promise to hold all those responsible for the blast accountable, others whose loved ones were killed were not as hopeful. Nadine Mekdad, who lost her husband of 21 years while she was four months pregnant with their son, said she has not been able to move forward from the horrors of Aug. 4.

“I have no hope. They are trying to kill hope, and it is dwindling,” Mekdad, 41, told L’Orient Today. “Moving forward has been difficult, especially after I gave birth to my son.”

Mekdad’s husband, Tharwat Hoteit, 45, had been a firefighter at the Beirut port for 23 years. He was one of the first responders when the blaze started in the port warehouse on Aug 4. Their son was born healthy early this year and was named Tharwat, after his father.

Speaking earlier Tuesday, Mekdad said she would go to the port for the nine-month blast anniversary and stand alongside the families of the victims. “You see other people who have lost and suffered and it puts your pain into perspective. You feel with them,” she said.

“I’m going to the port today for the 1 percent of hope that I have left in me that there will be justice.”

BEIRUT — On the fourth day of every month since the Aug. 4 Beirut port explosion, the families of those who were killed stand in front of the blast zone’s epicenter, candles alight, awaiting answers yet to be given and justice yet to be served.The candles are lit at 6:08 p.m. — the exact time the blast ripped through the city, killing more than 200 people and wounding thousands...