A new currency exchange platform is on the way and will include banks, but the question begs: what will the rate be? 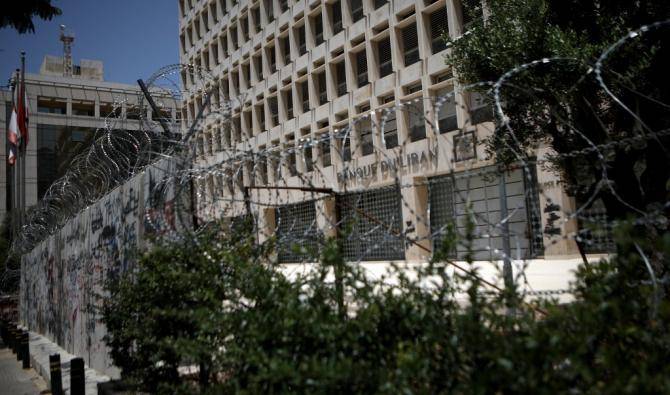 BDL will intervene in the market to stabilize the rate, the president’s office said, but its capacity to do so remains unclear. (Credit: Patrick Baz/AFP)

The announcement followed a meeting between Salameh and the president’s financial advisor, Charbel Cordahi, held in Baabda on Friday to seek a way to “put an end to the unjustified rise” in the US dollar’s selling price and “suspicious speculation” on the Lebanese lira.

The national currency has lost nearly 88 percent of its value since it began to diverge from the official peg of LL1,507.5 to the dollar during the second half of 2019. It was trading around LL12,500 on Friday.

Banks will now be allowed to buy and sell currencies “just like legal money changers” and trade at the “real platform exchange rate” under the supervision of the Banking Control Commission, according to the announcement from the Presidential Palace.

Last June, the central bank unveiled Sayrafa House, a platform that runs on Android devices to set the lira value in the parallel market.

This platform has been artificially fixing the exchange rate at LL3,850 for sellers of cash dollars and at LL3,900 for buyers.

Licensed exchangers have to buy their dollars at a rate far below the market one, losing market share to “illegal exchangers” that purchase the hard currency at more than triple the “legal price.”

The platform was intended to connect all licensed exchange shops and record all transactions, but it didn’t work as planned since it did not provide exchangers with a feature that connects them, Mahmoud Morad, the head of the Syndicate of Money Changers, told L’Orient Today.

It is unclear if the rate will remain unchanged or whether the central bank will create another platform to include commercial banks, a spokesperson for Banque du Liban told L’Orient Today.

At the time of publication, the president’s media office and financial advisor could not be reached for immediate comment.

The president’s office also announced that BDL will intervene in the market to absorb liquidity whenever needed to adjust and stabilize the market rate — a policy that failed when it was last tried in mid-June 2020.

The central bank’s ability to interfere and exhaust its dwindling foreign currency reserves is foggy, after top government officials’ warnings that subsidies would be wound down over the coming months.

In mid-June 2020, Parliament Speaker Nabih Berri announced from Baabda a cash injection mechanism aimed to push the lira’s value toward LL3,200 to the dollar.

This target was never reached as the lira’s value continued to fall, even after BDL injected “far more than $100 million” into the market, according to Morad.

BDL stopped its cash dollar injection mechanism in mid-January and has not resumed any market intervention since.

BEIRUT — Central bank Gov. Riad Salameh will launch an electronic platform next week that records all currency exchange transactions and will become the reference point for the lira’s market value, President Michel Aoun’s office said on Friday.The announcement followed a meeting between Salameh and the president’s financial advisor, Charbel Cordahi, held in Baabda on Friday to seek a way...